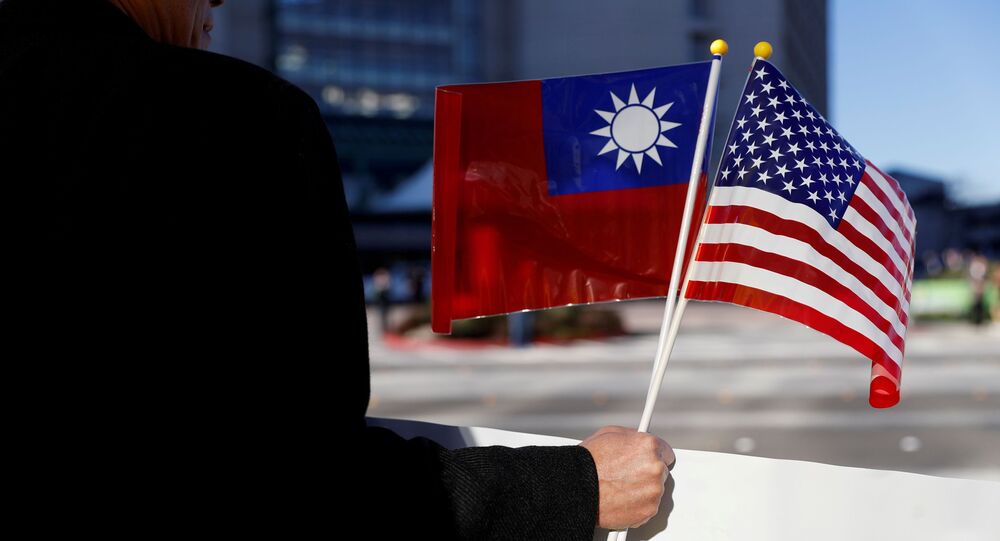 There has been no public rebuttal from China over a White House tweet containing the flag of Taiwan - an island, that Beijing considers an inalienable part of its territory but does not control. Nonetheless, Washington decided to remove the tweet.

Taiwan has asked the US to avoid taking actions that might be misunderstood or misinterpreted after the White House COVID-19 Response Team removed a tweet containing the flag of the island shortly after publishing it.

"Regarding the reason for the deletion of this tweet, as the media has different interpretations, the Foreign Ministry has asked the representative office in the United States to remind the US not to cause unnecessary speculation or misunderstanding from all walks of life due to the removal of the related tweet", Taiwanese Foreign Ministry spokeswoman Joanne Ou said.

The tweet in question was posted by the White House COVID-19 Response Team on 6 July and listed all the recipients of US COVID-19 vaccine donations. Most of the recipients are countries, but Taiwan along with its flag was also present on the list, even though the island is not internationally recognised as a sovereign nation by many around the globe.

The tweet did not explicitly say it was listing nation-recipients and was never publicly rebuked by China, which considers Taiwan an inalienable part of its territory and always reacts harshly to any attempts hinting at its possible sovereignty or statehood. The post by the US COVID-19 Response Team was also retweeted by Taiwan's President Tsai Ing-wen, who thanked Washington "for [its] generosity". The tweet, however, was later deleted, presumably on 7 July without any explanation.

Tensions between Washington and Beijing have been in a downward spiral of late in no small part due to the US intensifying its unofficial relations with the island. It promised to supply Taipei with modern military equipment and weapons, such as drones. China condemns such actions by the US. In his 1 June speech dedicated to the centenary of the Chinese Communist Party (CCP), Chinese President Xi Jinping pledged to unify the mainland and Taiwan.