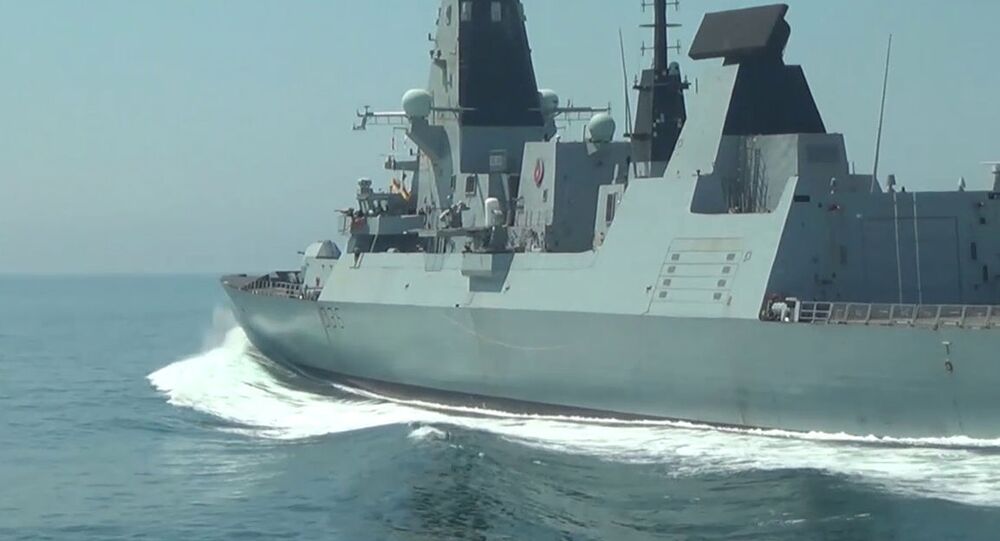 The Kremlin is concerned over UK Foreign Secretary Dominic Raab's recent claim that London may send British ships to "Ukrainian waters" again after the incident with the destroyer Defender.

"No, there are no consultations [with the UK on the matter], now, in fact, relations are in such a frozen state. Of course, such statements cause our concern", Peskov told reporters.

He stressed that any attempt to violate Russian waters will result in an immediate response.

"Every time our border is illegally crossed, we will do what is needed to be done", he noted, adding that President Vladimir Putin and other officials had already warned that Russia will take the necessary steps.

The statement of the presidential spokesman comes as a response to the British foreign secretary, who had claimed that the warship was passing through in accordance with international law, and saying that's "what we'll continue to do".

The crisis erupted last week after HMS Defender made inroads into Russia's territorial waters near Cape Fiolent in the Crimea. This violation forced Russian forces to fire warning shots to get it to leave the area. The military also scrambled Su-24M fighters to drop bombs in the path of the destroyer after it ignored other warnings telling it to leave.

The UK Defence Ministry said the ship was en route from Odessa, Ukraine to Georgia, and there were no warning shots, but a video, published by the Russian security service shows the ship ignoring warnings about the use of weapons and only leaving Russia's waters after the shots were fired.

At the same time, a BBC correspondent who was aboard the ship at the time, also reported that he saw over 20 aircraft overhead and two Russian coast guard boats that shadowed HMS Defender during the incident.

Meanwhile, classified Ministry of Defence (MoD) documents containing details about the passage of the ship were mysteriously discovered at a bus stop in Kent. The papers suggested it was not an accident, but a premeditated operation that sought to get Moscow's reaction.