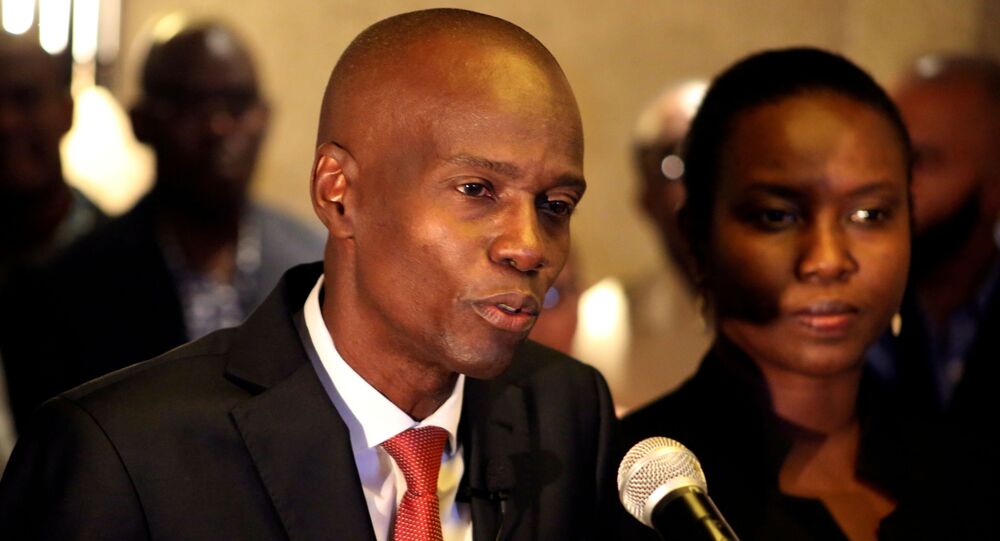 Local media outlets earlier reported that the president's residence was attacked in the middle of the night by a group of unknown individuals, some of whom spoke Spanish.

Martial law was declared on the territory of Haiti after the death of President Jovenel Moise, Acting Prime Minister Claude Joseph said.

"At about 1 a.m. overnight into Wednesday... a group of unknown individuals, some of whom spoke Spanish, attacked the president's private residence and lethally wounded the head of state", Claude Joseph said in a statement.

The assailants also injured First Lady Martine Marie Etienne Joseph. She was hospitalised in serious condition. According to reports, she later succumbed to her wounds, but there has been no official confirmation so far.

The prime minister condemned this "disgusting, inhumane, and barbaric" attack and called for calm. The security situation is under the control of the national police and the armed forces, he said.

"The situation is under control. I am at a meeting with the Supreme Council of the National Police in order to ensure security and take all measures for the continuity of the state", the interim prime minister said, as quoted by the newspaper Le Nouvelliste.

According to the newspaper Haiti Libre, Port-au-Prince-Toussaint Louverture International Airport has been closed following the news of Moïse's assassination, and all arriving planes are being sent back.

The government of the Dominican Republic has since closed its border with Haiti, communications officer from the Defence Ministry, Ceinett Sanchez, told AFP.