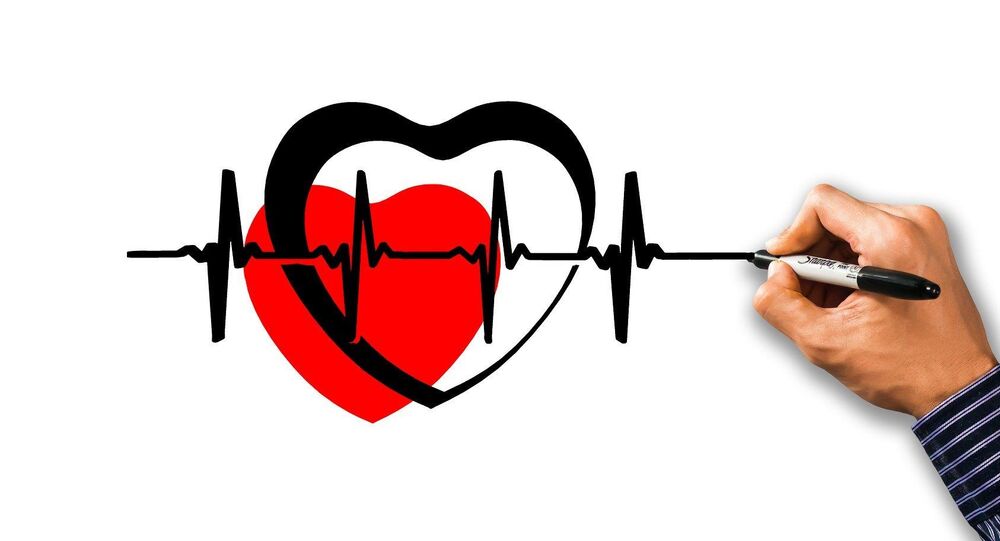 Other than addressing the primary issue of post-cardiac surgery patients occasionally needing temporary pacing due to blockages or arrhythmias, the device also helps with comfort, ability to move freely, and rehabilitate. If successful, the device could improve patients' post-operation recovery.

In a first, a team of researchers at Northwestern and George Washington universities have developed a transient pacemaker that is a wireless, battery-free, fully implantable device that disappears after it is no longer needed. The device can be used in patients who need temporary pacing after cardiac surgery or during their wait for a permanent pacemaker. According to the team, all components of the pacemaker are biocompatible. It is absorbed into the body’s biofluids within five to seven weeks of placing, without needing surgical extraction.

© Sputnik / Mikhail Fomichev
18-Year-Old Who Suffered Rare Heart Failure Post-COVID Successfully Treated in India
Meanwhile, the scientists also revealed that the device harvests energy from an external, remote antenna using near-field communication protocols. Interestingly, the same technology is used in smartphones for electronic payments and RFID tags. Moreover, it also eliminates the need for bulky batteries and rigid hardware such as wires, as this could not only lead to infections, but could also become enveloped in scar tissue, causing further damage when removed.

The team recently also published a paper in the journal Nature Biotechnology that demonstrates the device’s efficacy across a series of large and small animal models.

“Hardware placed in or near the heart creates risks for infection and other complications. Our wireless, transient pacemakers overcome key disadvantages of traditional temporary devices by eliminating the need for percutaneous leads for surgical extraction procedures — thereby offering the potential for reduced costs and improved outcomes in patient care. This unusual type of device could represent the future of temporary pacing technology”. Northwestern’s John A. Rogers, who led the device’s development, told the media.

Currently, to set up temporary pacing, surgeons must sew temporary pacemaker electrodes onto the heart muscle during surgery. This leads to the exit of leads from the front of a patient’s chest, connecting to an external pacing box that delivers a current to control the heart’s rhythm. When the usage of the pacemaker is over, the doctors remove the electrodes. Although it is rare, there are certain potential complications of implanted temporary pacemakers that include infection, dislodgement, torn or damaged tissue, bleeding, and blood clots.

© CC0
Ancient Diamonds Reveal Earth Was Ready to Sustain Life at Least 2.7 Billion Years Ago, Study Says
According to the team, with this transient pacemaker, surgeons and patients can prevent this potentially risky procedure. The fully implantable device is light and thin — 250 microns thick and weighing less than half a gram. It encapsulates electrodes that softly laminate onto the heart’s surface to deliver an electrical pulse, reveal the scientists.

"With further modifications, it eventually may be possible to implant such bioresorbable pacemakers through a vein in the leg or arm. In this instance, it also may be possible to provide temporary pacing to patients who have suffered a heart attack or to patients undergoing catheter-based procedures, such as transcatheter aortic valve replacement”, Dr Rishi Arora, a cardiologist at Northwestern Medicine who co-led the study, told the media.

The team also emphasised that this transient pacemaker will ensure that patients are comfortable. The device completely disappears through the body’s natural biological processes after its use is over.