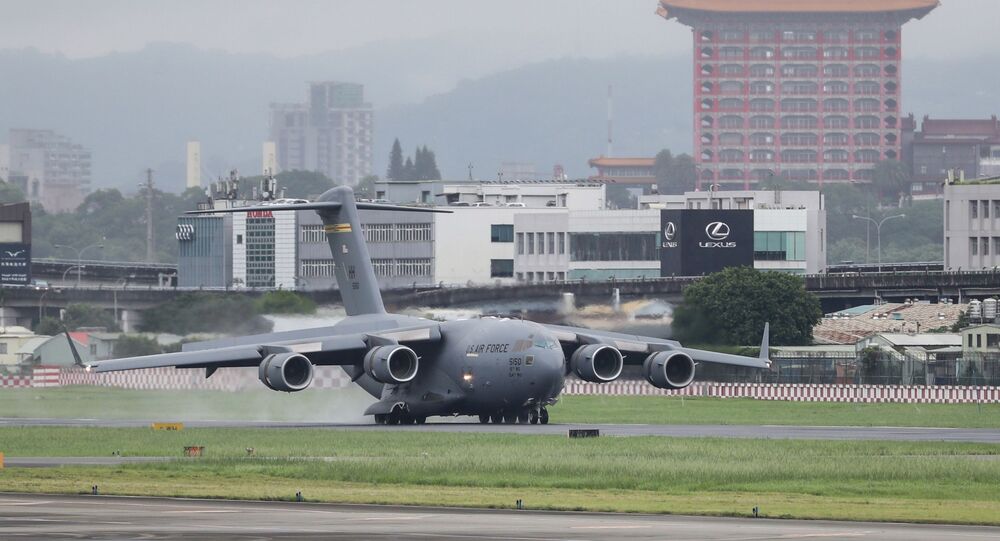 Beijing considers Taiwan an integral part of China and has threatened to take action against both its "separatist" politicians and their foreign supporters.

Japanese Deputy Prime Minister Taro Aso has stated that Tokyo and Washington will have to defend Taiwan together if a major problem arises.

Speaking at a political fundraising event in Tokyo on Monday, Aso said that a possible invasion of Taiwan by China could be seen as an existential threat, something that would allow Japan to exercise the right to collective self-defence.

The deputy prime minister added that the most desirable outcome was for the parties involved to reach a peaceful solution via direct talks.

"We have to think about various situations, such as not being able to pass through the Taiwan Strait. It's difficult to say overall which would be an existential threat", Aso pointed out.

The remarks come after the Financial Times (FT) cited unnamed military officials as saying earlier this month that the US and Japan have been conducting joint military drills for a possible conflict scenario with China over Taiwan.

According to the sources, American and Japanese military officials started "serious planning" for a possible conflict during the final year of Donald Trump's presidency. Alongside the planning, Washington and Tokyo reportedly conducted "top-secret tabletop war games and joint exercises in the South China and East China Seas", the insiders claimed.

They added that the US and Japan are concerned over an increasing number of Chinese fighter jets flying through regions of Taiwan's air defence identification zone, and Beijing's ships sailing into the territorial waters around the disputed Senkaku Islands. The territory is controlled by Japan but claimed by Beijing, as the latter notes that the islands were marked on Japanese maps as Chinese territory circa 1783 and 1785.

The FT report followed Japanese Vice Defence Minister Yasuhide Nakayama describing China as a growing threat, saying that it was necessary to protect Taiwan as a "democratic country".

© AP Photo / Andy Wong
'Don't Play With Fire': China Warns US Not to Meddle in Taiwan Issue
Chinese officials reacted by slamming Yasuhide's comments as irresponsible and dangerous, while Japanese Defence Minister Nobuo Kishi said there was no change to Japan's support for the "One China" policy, which envisages Taiwan not being treated as a separate country.

The US, along with many other countries, does not recognise Taiwan as a sovereign nation and officially sticks to the "One China" policy.

Washington has, however, maintained informal relations with the island since severing diplomatic ties with Taipei in 1979. China, which views Taiwan as a breakaway province, is uneasy over Taipei's ongoing cooperation with Washington, especially in the defence sector.