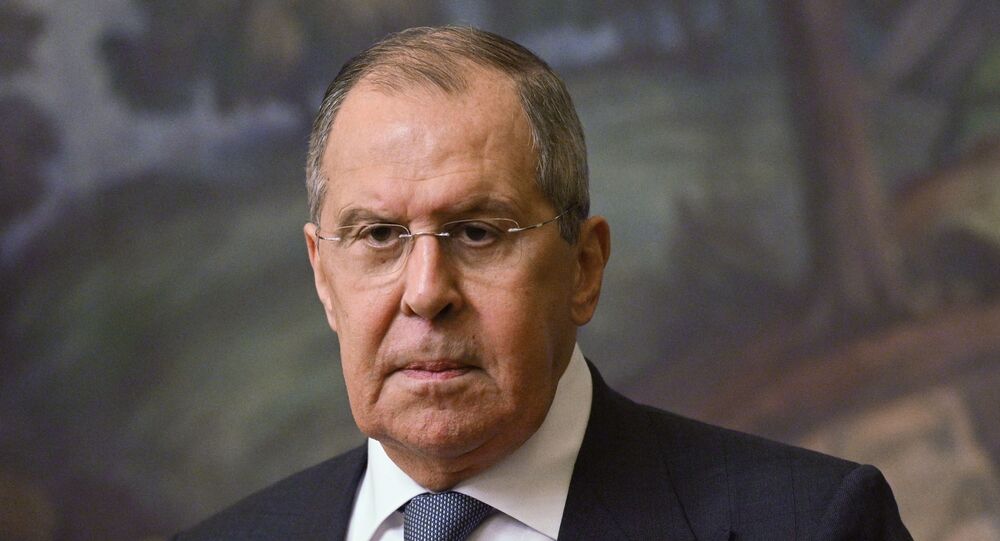 MOSCOW (Sputnik) - Moscow supports the Association of Southeast Asian Nations (ASEAN)'s approach to the settlement in Myanmar, as the parties are unanimous in their rejection of external interference and sanctions, which only deepen the crisis, Russian Foreign Minister Sergey Lavrov said.

He said some media outlets distortedly interpret the approaches of Russia and its friends in the Association of Southeast Asian Nations to the situation in Myanmar.

"ASEAN's leadership on the Myanmar track enjoys unconditional support from Russia. The provisions of the Five-Point Consensus, adopted thanks to the collective efforts of ASEAN partners, are consonant with the Russian position. We fully share the theses on the need to end violence and display restraint by all conflicting parties, to establish a dialogue in order to stabilize the situation and achieve civil peace," Lavrov said in an interview with Indonesian newspaper Rakyat Merdeka.

He said the positions of Russia and ASEAN also coincide on the rejection of unilateral sanctions, rhetoric of threats, and attempts to interfere in the internal affairs of Myanmar.

“We adhere to the general opinion about the destructive nature of such a policy, which leads to further polarization of society and intensification of internal contradictions," Lavrov said.

"We have a negative attitude to the persistent attempts by individual states to use multilateral platforms, including the UN, to increase confrontation during the discussion of the Myanmar issue," he said.

Moreover, the Russian foreign minister said that Moscow considers it important to intensify contacts between ASEAN and Myanmar to overcome the crisis, and believes the appointment of a special envoy from the association will have a positive effect on the settlement.

"We consider it important that within ASEAN there have been numerous contacts, including face-to-face contacts, with the participation of official representatives of Myanmar... We are convinced that the expected appointment of a specialized ASEAN envoy will give an impetus to further joint work to settle the situation in that country," Lavrov told Rakyat Merdeka.

The Myanmar military toppled the civilian government and took power in the country on February 1, arresting civilian leaders. The actions of the military triggered a wave of protests, which the new regime is harshly suppressing. The United States and its allies called the incident a coup.