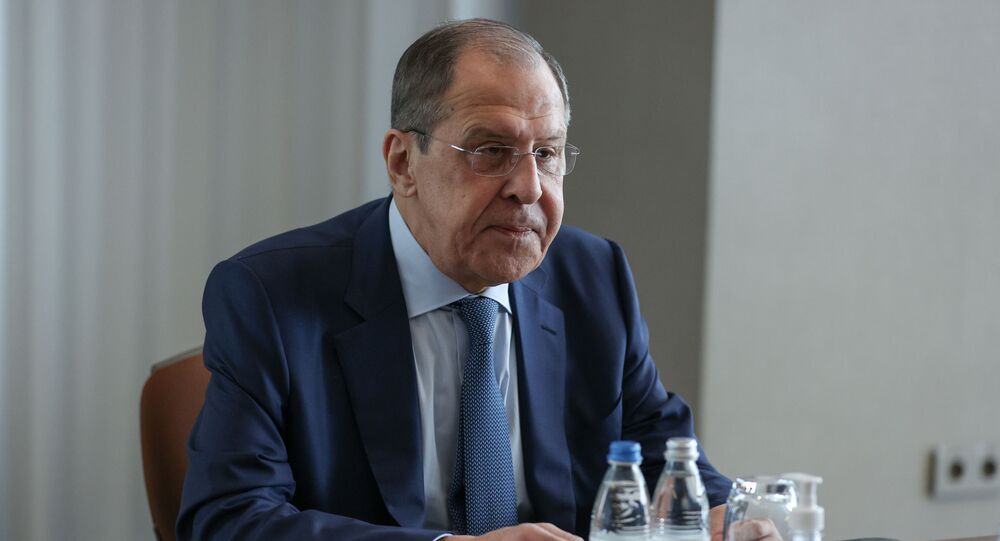 Lavrov: US Policy of Engaging Russia From 'Position of Strength' Doomed to Failure

MOSCOW (Sputnik) - Any US attempts to talk to Russia from a "position of strength" are doomed to failure, and any aggressive move will be met with a harsh response, Foreign Minister Sergey Lavrov told the Indonesian Rakyat Merdeka newspaper.

"Attempts to talk with us from a position of strength are doomed to failure from the beginning. We will respond harshly and decisively to unfriendly actions. One should interact honestly if Washington really wants stable and predictable, as they put it, relations," Lavrov said, when asked about the future of Russia-US relations after the Geneva summit.

The interview with the top Russian diplomat was published ahead of his visit to Jakarta, set for July 6. Lavrov is expected to meet with his Indonesian counterpart, Retno Marsudi, to discuss trade and investment ties, as well as cooperation on pressing global and regional issues.

According to the Russian top diplomat, Moscow is satisfied that the two sides were able to share their stances and expressed their intention to normalize relations in Geneva.

"In our opinion, the Russia-US summit was frank and businesslike. The sides managed to discuss in detail the situation in bilateral affairs, to exchange views on strategic stability, arms control, regional conflicts," Lavrov said in an interview ahead of his visit to Jakarta.

The Russian side has been satisfied with the results of the talks, as both parties stated clearly their positions and "demonstrated the desire to understand each other," he added. Though modest, the outcome can still be considered a step forward toward the "restoration of normalcy" in relations between the two countries, which, according to Lavrov, should be based on mutual respect.

At the same time, Lavrov stressed that Moscow has no illusions about its relations with Washington. He noted that almost immediately after the summit, the US officials, including those present in Geneva, resumed their aggressive and moralistic rhetoric toward Russia.

Lavrov further expressed regret that Washington continued to "lecture" Moscow, threatening to put more pressure if Russia does not "accept the rules of the game" set out in Geneva.

At the June 16 summit, presidents Vladimir Putin and Joe Biden agreed to launch strategic stability consultations to reduce the risk of conflict between the world's two dominant nuclear powers. They also adopted a joint statement reaffirming commitment to the 1985 formula by Mikhail Gorbachev and Ronald Reagan that a nuclear war cannot be won and must never be fought.