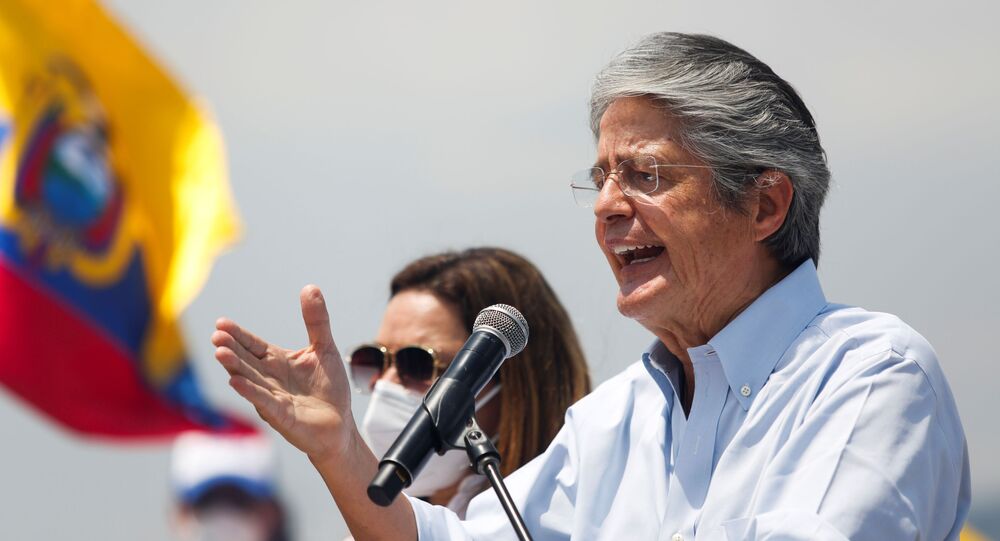 "During the talks, [Russian] Foreign Minister [Sergey] Lavrov made an invitation to visit Russia, I put forward a counter invitation for a return visit. I expressed to him President Lasso's interest in personal and direct contact with President Putin and our readiness for rapprochement with the best intentions, in the spirit of openness, for the development of mutually beneficial projects," Montalvo said.

According to the minister, Lasso is disposed toward a trip to Russia and a meeting with the Russian leader, if such a visit is agreed.

"Now we hope that the president will be able to hold talks with Putin. We hope they will be able to be organized, and why not think about an official visit in the future," Montalvo added.

The diplomat noted the "excellent dialogue" with the Russian ambassador to Quito and expressed hope for a speedy accreditation of the new ambassador of Ecuador in Moscow.

"Ecuador is the third Latin American country for Russia after Brazil and Mexico. Imagine what our trade volume is. We are glad and to a certain extent proud that Ecuador is at this level of trade relations with Russia," Montalvo stressed.

He also told Sputnik that defense industry cooperation was touched upon during the phone conversation.

"There are conversations. This is an aspect that was specifically mentioned during a conversation with [Russian Foreign Minister Sergey] Lavrov, these are dialogues that are supported at the level of the Defense Ministry, there is already a line of cooperation in this area, and Ecuador is ready for discussion," Montalvo said, answering about the prospects for cooperation between countries in the field of defense industry cooperation.

"During a conversation with Lavrov, I took an obligation to convey the proposal he made to the defense minister, so that he would enter into the necessary contacts with the [Russian] ambassador to Quito," the minister added.

Lasso took office on May 24. The politician assured his fellow citizens that he intended to closely integrate the country into the international trading system through the development of bilateral relations with key countries and regional integration.