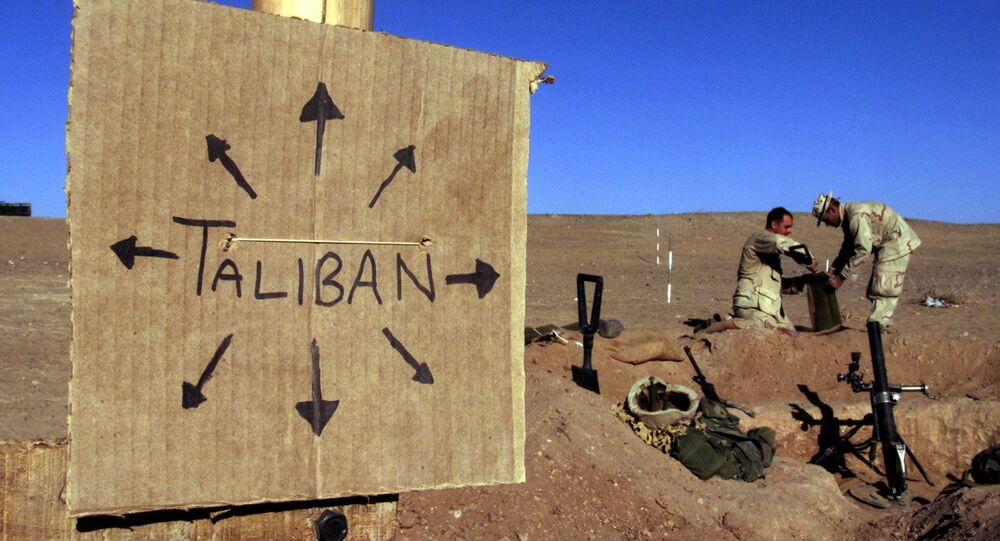 Earlier, the US announced that the withdrawal of its forces from Afghanistan would not be complete in the near future amid speculation that the process may be finished by mid-summer.

The Taliban* has cautioned the US and its NATO allies against failing to withdraw troops from Afghanistan before the self-imposed deadline of 11 September 2021. Otherwise the troops will be treated as "occupying forces", the Taliban added.

"If [NATO] leave behind their forces against the Doha agreement then in that case it will be the decision of our leadership how we proceed. We would react and the final decision is with our leadership", Taliban* spokesman Suhail Shaheen said in an interview with the BBC.

In light of this, Shaheen hailed the US move last week to abandon Bagram Airfield, which has long served as the base of operations for NATO. The Taliban* spokesman noted, however, that embassies, diplomats, and foreign charities would not be treated as occupiers and would thus not be targeted.

As the US and its allies gradually pull troops out, the Taliban* is reportedly expanding its control over Afghanistan's territory, having allegedly captured roughly 1/3 of it so far. Still, the head of the group claims it has no goal to seize Kabul, with which it has been negotiating unsuccessfully for less than a year.

US Can Pull Out of Afghanistan, But Can’t Remove Taliban from Crosshairs?

While US troops are packing their bags in Afghanistan, no clear decision has been made as to whether Washington intends to leave the Taliban* and Afghanistan alone after the withdrawal. According to CNN, the White House plans to continue carrying out strikes against the group in support of missions of the Afghan security forces.

Furthermore, the US may reportedly continue its practice of targeting suspected terrorists in Afghanistan using its drone programme. Currently, Afghanistan is designated as a combat zone – meaning that the CIA and the US military have broad authority to call in airstrikes that do not require authorisation from the White House or POTUS.

© REUTERS / US ARMY
Biden: US Drawdown From Afghanistan Will Not be Completed in Next Few Days

Now, however, the future of this status is in limbo, CNN reports, citing sources. According to them, the CIA itself is not sure whether or not the bar will be raised for ordering drone strikes in Afghanistan. At the moment, the US National Security Council is reviewing the issue, just like many other strategies and practices that were utilised by the previous administration.

The latter was responsible for signing a peace treaty with the Taliban*, which President Joe Biden decided to uphold (mostly). He only made changes to the troop withdrawal deadline, shifting it from 1 May to the 20th anniversary of the 9/11 tragedy that prompted the invasion in Afghanistan in the first place.

Biden: US Drawdown From Afghanistan Will Not be Completed in Next Few Days