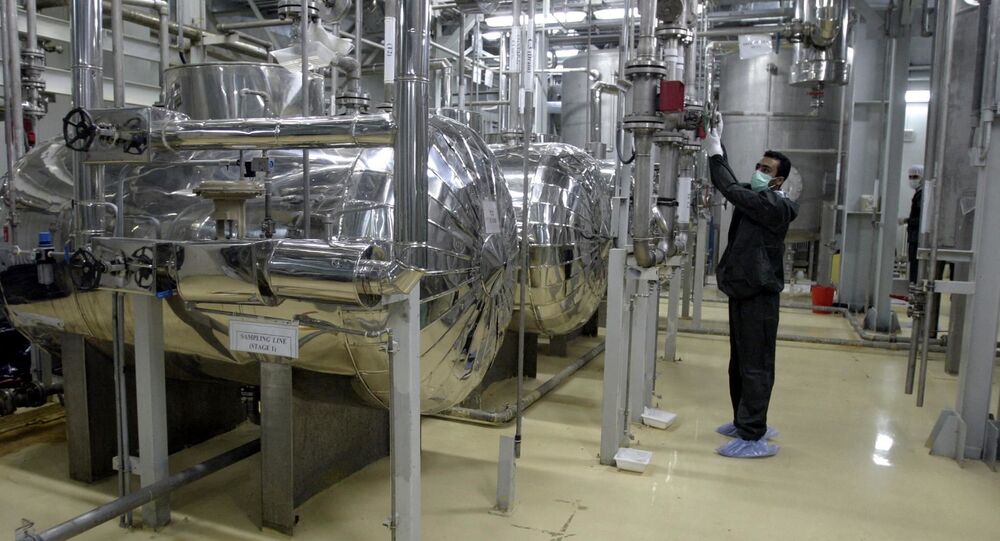 Ex-CIA Operative on Iran Nuclear Deal Talks: US ‘in Mistrust-and-Verify Situation With’ Tehran

The US administration is now making efforts to re-enter the 2015 Iran nuclear deal, which was unilaterally abandoned by Washington in May 2018.

Daniel Hoffman, former chief of station with the Central Intelligence Agency (CIA), has voiced concern over the ongoing nuclear talks between the US and Iran on "Sunday Morning Futures", warning that diplomacy may finally fail given the Biden administration’s current stance on the matter.

The talks come as part of the Vienna negotiations to bring Washington and Tehran back into compliance with the 2015 Iran nuclear deal, also known as the Joint Comprehensive Plan of Action (JCPOA), that was unilaterally abandoned by the White House in 2018. The Vienna talks are being conducted by representatives of Russia, China, the UK, France, Iran, and Germany.

“[…] We're in a mistrust-and-verify kind of situation with Iran. And remember that two of the countries negotiating on our behalf right now for this new deal are China and Russia – two countries that really don't have our best interests at heart”, Hoffman told Fox News on Sunday.

He accused Iran of concealing elements of its nuclear programme, which Washington argued aims to obtain an atomic weapon, but that Iran insists is for peaceful purposes only.

“I think we're going to continue to see these tit-for-tat attacks again until we establish some sort of a dominant position in this relationship with Iran. And that has to happen concurrently with whatever diplomatic negotiations are taking place. If we're not strong against Iran, there will be no opportunity for diplomacy”, the ex-CIA operative emphasised.

He spoke a few days after Iran rejected US accusations that Tehran had a role in attacks against American military bases in Iraq late last month, which were followed by US retaliatory strikes on the facilities of Iranian-backed militants – Kata'ib Hezbollah (KH) and Kata'ib Sayyid al-Shuhada (KSS) – in the Syrian-Iraqi border region.

This followed White House Press Secretary Jen Psaki saying that the Biden administration is "looking forward" to seeing the direction of the ongoing talks with Iran that have been underway in Vienna since April. Earlier, the US State Department remained downbeat about the talks, arguing that “we are not at the cusp of any breakthrough”.

The Biden administration has repeatedly signalled its readiness to re-enter the JCPOA, adding that it is Iran that should be the first to comply with the agreement. The Islamic Republic, for its part, recently softened its own position on the rollback of US sanctions, replacing wording demanding that "all sanctions" be removed with phrasing indicating that all sanctions introduced after the Iran deal was signed be scrapped.

© AFP 2021 / HO
Iran Says Vienna JCPOA Talks 'on Right Track', Will Return to Compliance Once Sanctions Lifted
On 8 May 2018, then-US President Donald Trump announced Washington's unilateral withdrawal from the deal and began re-imposing sanctions on Iran, which retaliated by starting to gradually abandon its own JCPOA commitments exactly a year later.

In 2015, Tehran signed the Iran deal with the P5+1 group of countries, including Russia, the US, the UK, China, and France, plus Germany. The agreement required Iran to scale back its nuclear programme and downgrade its uranium reserves in exchange for sanctions relief.