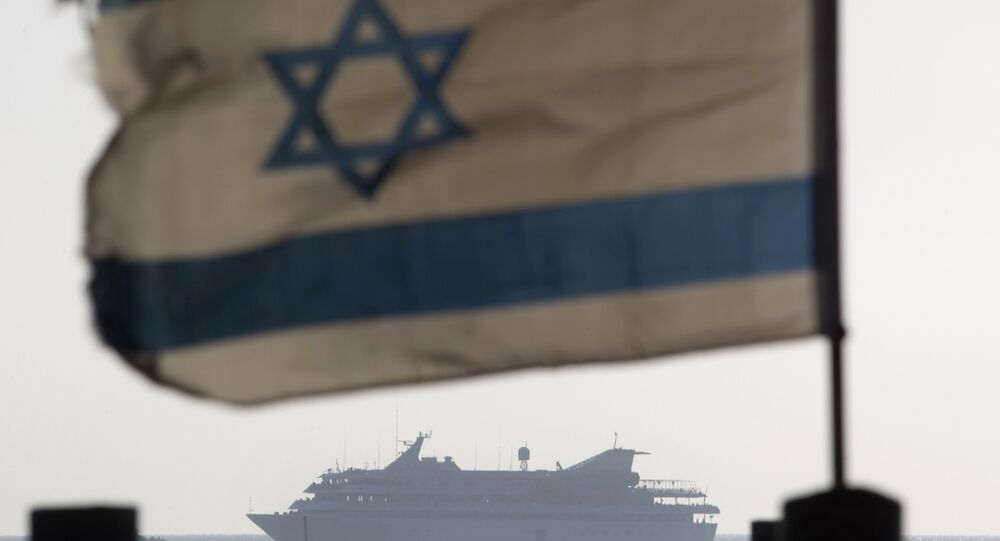 The reported incident comes amid long-standing regional tensions between Iran and Israel, and regular alleged attacks on, and attempts to sabotage, one another's commercial shipping.

An Israeli cargo ship has been attacked north of the Indian Ocean, Lebanon's Al-Mayadeen television reports, citing "reliable sources" said to be familiar with the situation.

Sputnik has not been able to independently verify the reporting thus far. However, Tel Aviv-based Walla News and Axios contributor Barak Ravid has indicated that a senior Israeli official has confirmed to him that the targeted ship is owned by an Israeli businessman.

Al-Mayadeen's sources said a fire had erupted aboard the ship, and that the merchant vessel was "hit by an unknown weapon." No group has taken responsibility.

The sources also indicated that the ship was attacked while moving from a port in Jeddah, Saudi Arabia toward the Emirati coast.

It's not clear what the Israeli vessel may have been doing at a Saudi port. Although they enjoy informal economic ties, the two countries maintain no formal diplomatic relations, and Riyadh has rejected signing a treaty with Tel Aviv unless the latter agrees to a 2002 proposal to create a Palestinian state.

Secret War on the High Seas

Saturday's reported incident comes against the background of an ongoing secret war by Israel and Iran against one another's commercial shipping fleets.

© AP Photo / Vahid Salemi
Iran's Ayatollah Khamenei Calls Israel ‘Terrorist Garrison’, Says Fight Against It a ‘Public Duty’
In April, Iranian media reported that an Israeli-flagged merchant ship named the Hyperion Ray had been targeted by a missile off the Emirati coast. Publicly, Israeli officials that they were aware of the reports but would not confirm them. However, unnamed officials speaking to Israel's Channel 12 confirmed that the incident took place, and blamed Iran.

Also in April, the Saviz, an Iranian general cargo ship, was attacked in the Red Sea, with Iran confirming that an explosion took place aboard the vessel, which officials said was engaged in an anti-piracy operation, but saying that damage was minor and that no casualties were caused. The New York Times reported that Israel had notified the United States that its forces had attacked the Saviz.

Before that, then-Israeli Prime Minister Benjamin Netanyahu blamed Iran for a February attack on an Israeli-owned ship called the Helios Ray, which reportedly came under missile fire in the Sea of Oman. Iran vocally denied any involvement in that incident, accusing Israel of carrying out an elaborate "false flag operation." Another Israeli cargo ship was reportedly damaged by an 'Iranian missile' in March as it sailed through the Arabian Sea on its way from Tanzania to India, Israeli media claimed.

© CC BY-SA 2.0 / U.S. Embassy Tel Aviv / DSC_0461
Israel’s Intelligence Minister Warns Iran That IDF Warplanes ‘Can Reach Everywhere in Middle East’
In March, US media reported that Israel has targeted at least a dozen Iranian cargo ships attempting to deliver oil to the war-torn nation of Syria over a two year period. Haaretz estimated at the time that these attacks caused damages running into the "billions of dollars," and suggested that the Israeli Navy's new reported penchant for secret, quiet operations differed sharply from previous actions – which would see commandos boarding vessels and engaging in firefights with crews or commandeering ships.

The back-and-forth claims and counterclaims have occasionally gone beyond the realm of credibility. This spring, an oil spill which saw hundreds of tonnes of oil tar getting dumped on Israel's Mediterranean Sea coastline prompted the country's environmental minister to accuse Iran of engaging in "environmental terrorism" using a "pirate ship." However, Israel's defence and intelligence officials later dismissed the allegations.