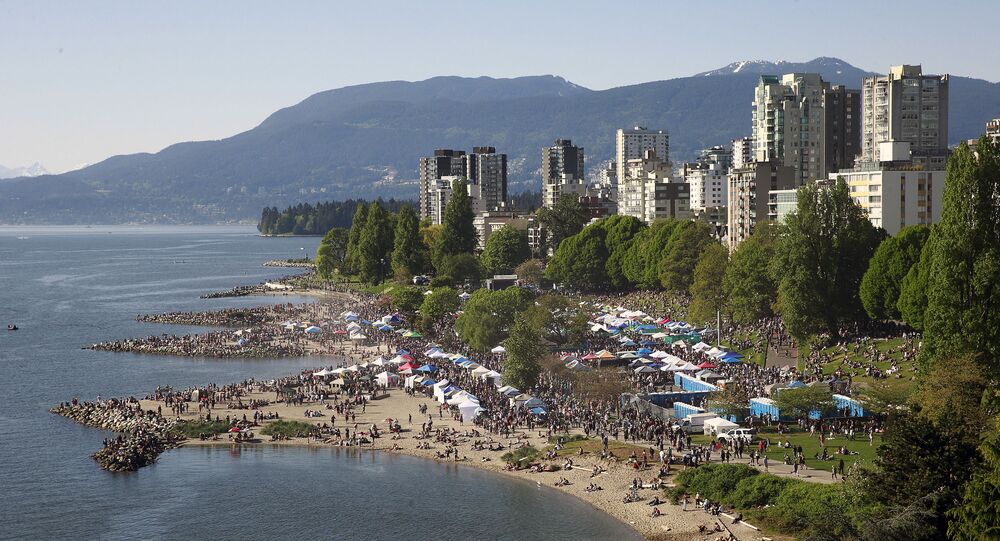 Amidst the heatwave gripping the Canadian province of British Columbia for several consecutive days, raging wildfires have damaged local infrastructure and forced the evacuation of residents.

Canada’s western-most province of British Columbia has reported a growing death toll as the area continues to grapple with an unprecedented heatwave.

British Columbia’s chief coroner, Lisa Lapointe, was cited by The Associated Press as saying her office had received reports of at least 486 “sudden and unexpected deaths” between Friday and Wednesday afternoon.

According to Lapointe, previous data showed that about 165 people would die in the province over a five-day period.

Lisa Lapointe, British Columbia's chief coroner, said 486 reports of "sudden and unexpected" deaths came in between last Friday and this Wednesday, which is well ahead of the 165 deaths the province normally sees in five days, @AP reported: https://t.co/2NA2kXXcgd

“We are releasing this information as it is believed likely the extreme weather BC has experienced in the past week is a significant contributing factor to the increased number of deaths,” said the chief coroner in a statement.

#bcpoli Breaking - As many as 100 extra sudden deaths are being reported by Coroner Lisa Lapointe. These are likely explained by heat wave.
Normally over a weekend there are 130 sudden deaths. But during heat wave 233 died 👇🏽 pic.twitter.com/TPCfgo5BGT

It was likely the heatwave was behind most of the deaths, as from 27 June to 29 June Lytton, a Canadian town in the Coast Mountain Range of British Columbia, broke the nation's all-time high temperature record on three straight days.

Officials have said months will possibly be required to determine the exact cause of death for hundreds of residents, particularly among seniors in the province.

A woman enters a cooling center set up in Vancouver
Many individuals have kicked the bucket in Canada in the midst of an extraordinary heatwave that has crushed temperature records.https://t.co/R67FLWoyQ2 pic.twitter.com/HWwyubx04d

“Many of the deaths experienced over the past week were among older individuals living alone in private residences with minimal ventilation,” said Lapointe.

The heat has also triggered devastating wildfires. At least two people are believed to have died in a blaze that destroyed the village of Lytton on Wednesday.

© REUTERS / Jennifer Gauthier
A wildfire burns outside of the town of Lytton, where it raged through and forced everyone to evacuate, in British Columbia, Canada, July 1, 2021.

On 2 July 136 active wildfires were reported in British Columbia, including nine which were “of concern”, according to officials.