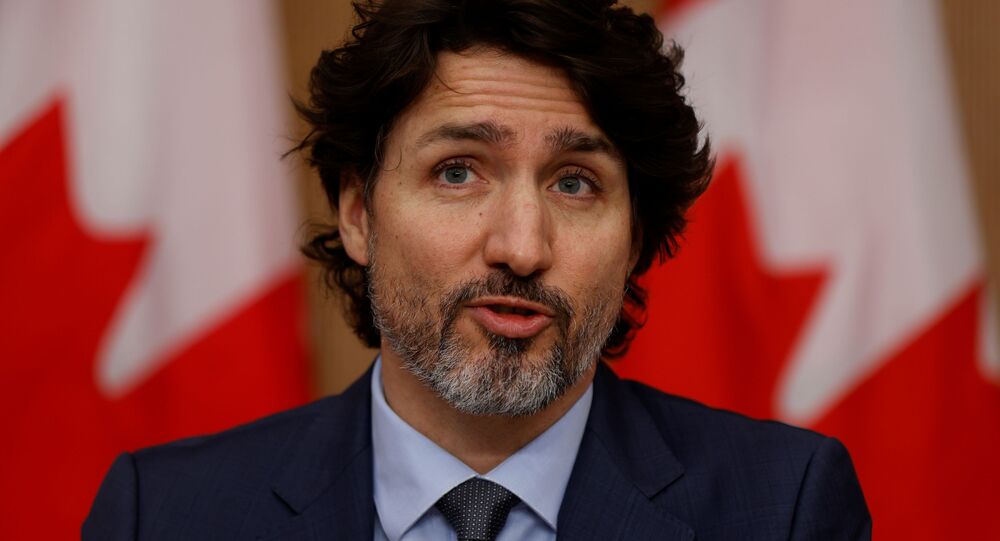 WASHINGTON (Sputnik) – Canadian Prime Minister Justin Trudeau said on 2 July he will convene the Incident Response Group to discuss the raging wildfires in the province of British Columbia (BC) which destroyed an entire village over the week.

The heatwave in BC, which set a Canadian temperature record in the several days since its onset, has spurred wildfires that have left charred remains of the village of Lytton and forced a complete evacuation of its residents.

“We are standing with the people of Lytton,” Trudeau said during a press briefing addressing the extreme weather crisis in BC. “Later today, I will be convening the Incident Response Group, with ministers from my team address the needs of communities hit in BC.”

The Prime Minister did not specify the type of help the federal government is considering deploying to BC, but said that cabinet ministers, including Minister of National Defense Harjit Sajjan, are in touch with local authorities.

YouTube/GlobalLeaks News
Village in Canada Destroyed in Wildfires Caused By Record Heat, Authorities Say
Some 1,000 residents have been evacuated, according to Mike Farnworth, the Minister of Public Safety of British Columbia.

The provincial wildfire service reported that the fire ravaging Lytton was classified as "out of control" and estimated to be 6,400 hectares (15,800 acres) in size. It continues to spread due to dry, windy and hot weather conditions.