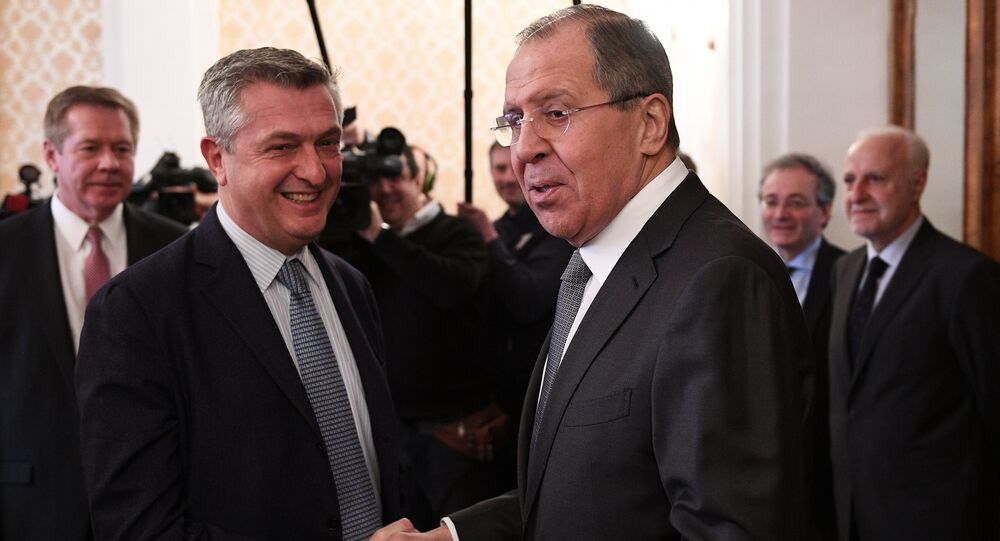 "In Syria for many years, we have worked with the Russian Embassy with the Russian military. It's very it's complex to work in Syria. It was very complex when the conflict was very violent. Now the situation is more stable, but still, there are challenges and I think Russia would be very keen to see more Syrian refugees return to Syria," Grandi said.

The UNHCR commissioner said that he discussed the Syrian issue with Lavrov at a meeting in Moscow on 28 June.

"I said please continue to help us create the conditions that will encourage people to return. Also, to help people including all returnees, the humanitarians need access through cross-lines as well as cross-border," he said.

There are almost 6 million Syrian refugees scattered in neighboring countries in the Middle East and if the conditions improve in Syria, they would go back voluntarily, according to the UN official.

"You know it has been difficult. All these situations have been very difficult because of the pandemic and the border is closed. We hope that now if the pandemic slows down and progressively goes away that we will be able to do more of this work together and we value very much the cooperation of Russia in this respect," Grandi noted.

What started as protests demanding reforms in Syria a decade ago later turned into a full-scale war between the government and armed opposition groups, as well as the Daesh* (banned in Russia). Numerous international forces have also taken sides in the conflict by aligning with one group or another.

In an effort to resolve the conflict, Russia, Turkey, and Iran launched the so-called Astana talks in 2017, so that the government and opposition could negotiate a peaceful solution. Another international format is the UN-brokered talks of the Syrian Constitutional Committee in Geneva. The 150-member body, with equal representation of the government, opposition, and civil society, was launched in 2019, to work toward drafting a new constitution.