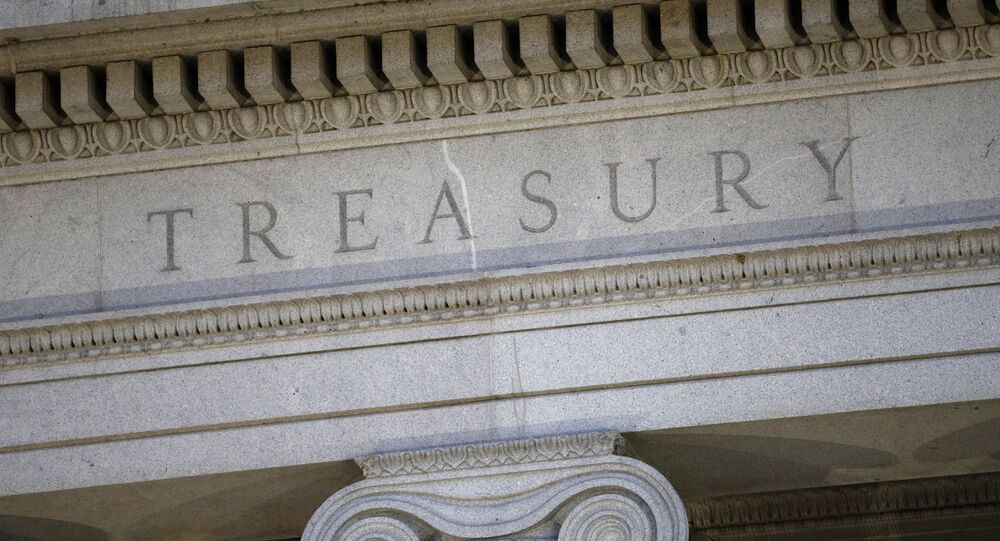 The United States reinstated crushing banking and energy sanctions against Tehran after unilaterally withdrawing from the Iran nuclear deal in 2018. The Biden administration has publicly stated its intent to return to the agreement, but negotiations on the matter have yet to reach a breakthrough.

The US Treasury Department removed three Iranian nationals from its sanctions blacklist on Friday, while stressing that their removal was not an indication of any change in overall US sanctions policy toward the Islamic Republic.

A Treasury spokesperson also emphasised that the removals had nothing to do with the ongoing negotiations in Vienna between the US and the remaining signatories to the Joint Comprehensive Plan of Action nuclear deal.

The delisted individuals include Behzad Daniel Ferdows, Mehrzad Manuel Ferdows, and Mohammed Reza Dezfulian, with all three individuals placed on a list of "non-proliferation designations" over suspected "conventional arms activities" in September 2020. All three were subject to secondary sanctions – a type of restriction the US government traditionally threatens to use against governments, businesses, and other entities which do business with the intended target of sanctions, in this case Iran.

Iran-US talks on a possible return to the JCPOA by Washington continue, with early hopes for a quick breakthrough in the early days after President Joe Biden's inauguration giving way to disagreements about which side should make concessions first. Washington is demanding that Tehran dramatically reduce its uranium enrichment and stockpiling activities, in accordance with the nuclear deal's terms. Iran, meanwhile, says the US side must remove its crushing and illegal sanctions against the Middle Eastern country as a demonstration of good faith.

© REUTERS / KEVIN LAMARQUE
Iran Will Never Get Nukes 'on My Watch', Biden Says as He Vows 'Ironclad' Commitment to Israel
Last week, Iranian negotiators announced that participants at the Vienna talks had agreed in principle to the need to lift over 1,000 US sanctions levied against Tehran during the Trump administration.

The negotiations have been complicated by the position of the US's Israeli allies, who have threatened to carry out military strikes against Iran and its alleged nuclear programme if the JCPOA is reactivated. On Monday, Biden assured Israeli President Reuven Rivlin that the United States would not allow Iran to "get a nuclear weapon" on his watch.

Iran has repeatedly denied any intention to pursue nuclear weapons, and has asked the international community why its peaceful nuclear activities have been put under so much scrutiny while Israel's alleged nuclear weapons programme has remained undiscussed and uncensured.