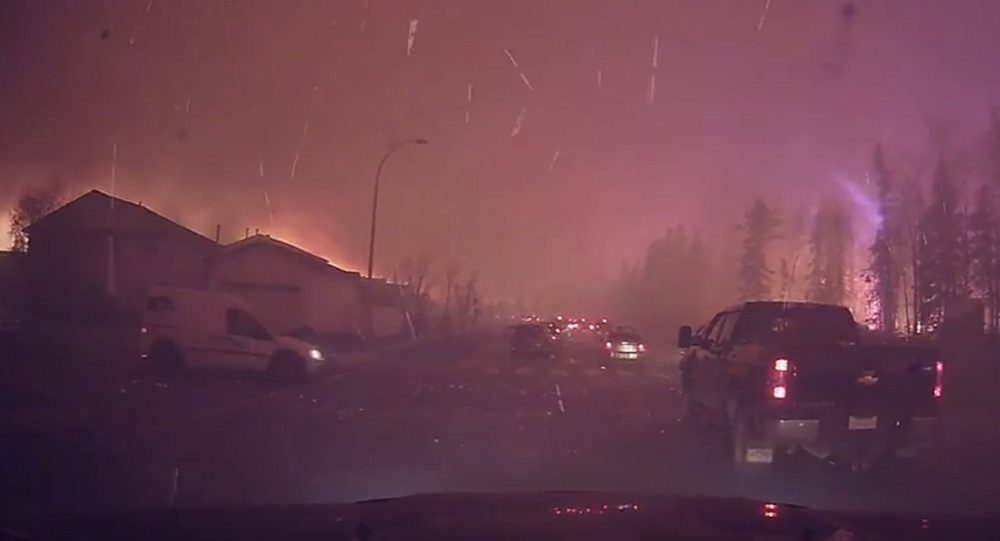 MOSCOW (Sputnik) - A series of wildfires that have been ravaging the Canadian province of British Columbia for several days now due to abnormally high temperatures, have mostly destroyed the village of Lytton, local authorities said on 2 July.

A heatwave has been observed in British Columbia for several consecutive days. It has caused wildfires that damaged local infrastructure and forced the evacuation of residents after the country registered a record-high temperature of 49.6 degrees Celsius (121.3 degrees Fahrenheit) on Tuesday.

"Lytton has been devastated and it will take an extraordinary amount of effort to get that historic location back to what it was," British Columbia Premier John Horgan told a briefing on Thursday, in a broadcast posted on the provincial government's Twitter.

Lytton, he noted, has been destroyed by both wildfires and a fire within the town, the cause of which is currently being investigated.

"Most homes and structures in the village, as well as the ambulance station, and the RCMP [Royal Canadian Mounted Police] detachment have been lost," Mike Farnworth, the Minister of Public Safety of British Columbia, said, adding that some residents were missing and the RCMP are currently working to determine their location.

Some 1,000 residents have been evacuated, according to Farnworth.

The provincial wildfire service reported that the fire ravaging Lytton was classified as "out of control" and estimated to be 6,400 hectares (15,800 acres) in size. It continues to spread due to dry, windy, and hot weather conditions.

Rescue services continue to evacuate residents and fight the fires.