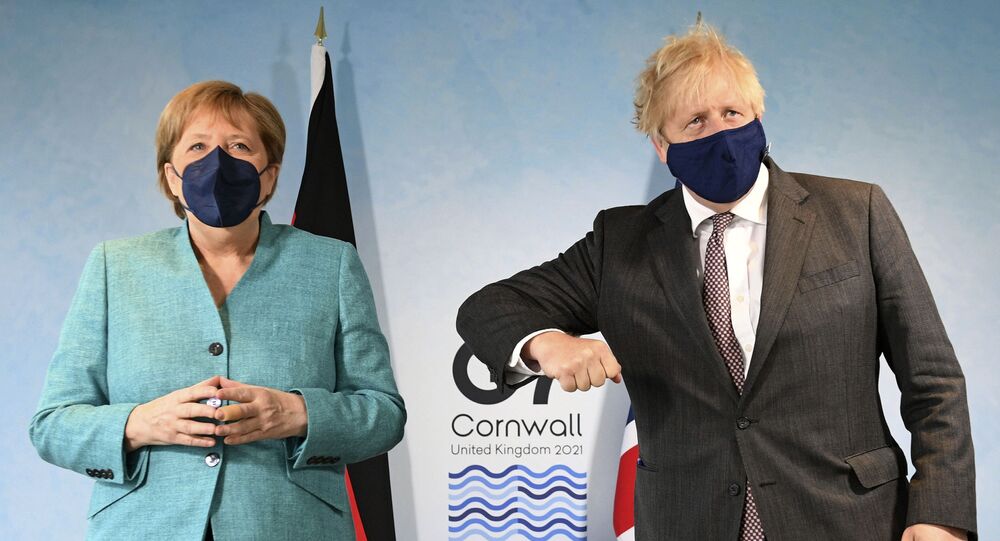 COVID, Ban on British Travellers to EU: What's on the Agenda of Angela Merkel-Boris Johnson Meeting?

Germany’s first female Chancellor Angela Merkel is making a string of farewell visits to fellow allies as she prepares to step down from the leadership role she's held since 2005.

British Prime Minister Boris Johnson will meet Germany Chancellor Angela Merkel at his Chequers residence on Friday, with COVID and UK-EU travel restrictions expected to be one of the main topics on the agenda.

The Times reported on Monday that Merkel, who is preparing to leave her long-held post later this year, wanted to ban British visitors from entering the European Union, notwithstanding their vaccination status, over concerns about the spread of the Delta variant of the coronavirus in the country.

The plan, that would see Britain being designated as a “country of concern”, has not been publicly announced. According to the paper, it is yet to be discussed by top officials on the EU’s integrated political crisis response committee. The move is expected to be highly resisted by Spain, Portugal, Greece, Malta and Cyprus that annually welcome a large number of British holidaymakers.

In the meantime, British travellers returning home from Germany, France, Portugal or Greece, which are in the amber list of countries, are so far required to enter quarantine upon their arrival in the UK – a measure that soon may be cancelled for fully vaccinated Britons, according to purported government plans.

Apart from COVID-19, Merkel and Johnson are also expected to talk about EU-UK relations. The last time the two met was at the G7 summit in Cornwall in June. Since then, new topics emerged on the plate, including a proposal for a Russia-EU summit that was put forward by German and French officials and backed by Austria, that might be of interest for the UK as well. Merkel told the Bundestang in late June that the European Union “must seek direct contact with Russia and the Russian president”.

During her Friday visit, Merkel is also expected to address the British cabinet through a virtual meeting and meet the Queen at Windsor Castle.

This is going to be Merkel’s final visit to the UK as a chancellor before she leaves her post later this year. PM Johnson announced that UK will create an academic medal in her honour marking significant achievements of female scientists in the field of astrophysics.