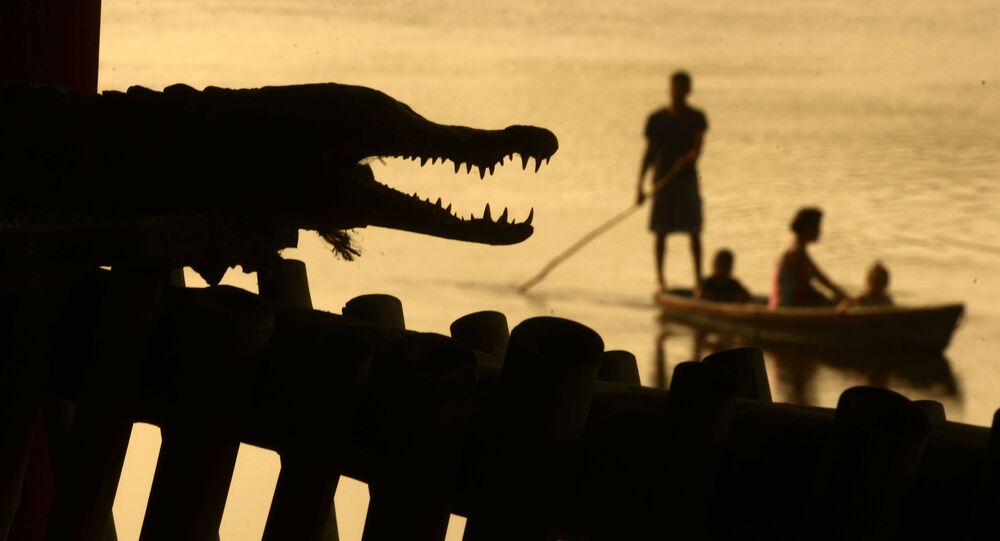 The Biden administration has engaged in a search for the "root causes" of America's ongoing illegal immigration crisis. Officials in Mexico and Central America have blamed Washington for the current situation at the US southern border.

The US State Department has briefed lawmakers on the extent of political corruption in Central American nations, alleging in a report that dozens of current and former officials have been involved in an array of schemes which subvert governance, interfere with criminal investigations or "undermine democracy."

Congress ordered the list's creation in late 2020, with the initiative sponsored by former New York congressman and House Foreign Affairs Committee chairman Eliot Engel. Lawmakers gave the State Department six months to come up with a list of "corrupt actors" in the three Central American Northern Triangle nations which have been blamed for the current border crisis.

The list's release comes amid the ongoing difficulties at the US-Mexico border as hundreds of thousands of would-be illegal migrants travel from Central America and Mexico and attempt to make their way into the United States. Vice President Kamala Harris, who has spent months discussing the "root causes" of illegal immigration from the poverty, violence, and instability-torn nations of Guatemala, Honduras, and El Salvador with local leaders, finally visited the southern border for the first time last week, just over three months after being appointed to tackle the crisis in late March.

© REUTERS / CALLAGHAN O'HARE
Trump Blasts Biden for 'Open, Really Dangerous' Border as He Visits Migrant-Flooded Area
Former president Donald Trump, who has attacked the Biden White House on the border security issue consistently since February, took a trip to the frontier together with Republican Governor Greg Abbott on Wednesday. Speaking to the press, Trump boasted that "there has never been a border so secure as the southern border that we had," and claimed that "now we have an open, really dangerous, border. More dangerous than it's ever been in the history of our country."

Some leaders, including Guatemalan President Alejandro Giammattei and Mexican President Andres Manuel Lopez Obrador, have blamed President Joe Biden and his staff for the current crisis, pointing to alleged "confusing" messages in support of immigration leading to heightened "expectations" by potential migrants that the Democratic administration would treat illegals better than its predecessor had. Others, including progressive Democrat congresswoman Alexandria Ocasio-Cortez, have said that it was "disappointing" to see Vice President Harris telling people from Central America not to come to the US after Washington "spent decades contributing to regime change and destabilisation in Latin America."

In his first weeks in office, Biden issued nearly a dozen immigration-related directives -halting construction of Trump's border wall, fortifying the Deferred Action for Childhood Arrivals programme, pledging an end to "harsh and extreme immigration enforcement," and cancelling the "Remain in Mexico" incentives programme. In the months that followed, hundreds of thousands of people flooded to the border to try to make their way into the United States, with Customs and Border Protection reporting a triple digit surge in attempts to enter the country illegally, and a 900 percent increase in the detention of illegals with criminal records.