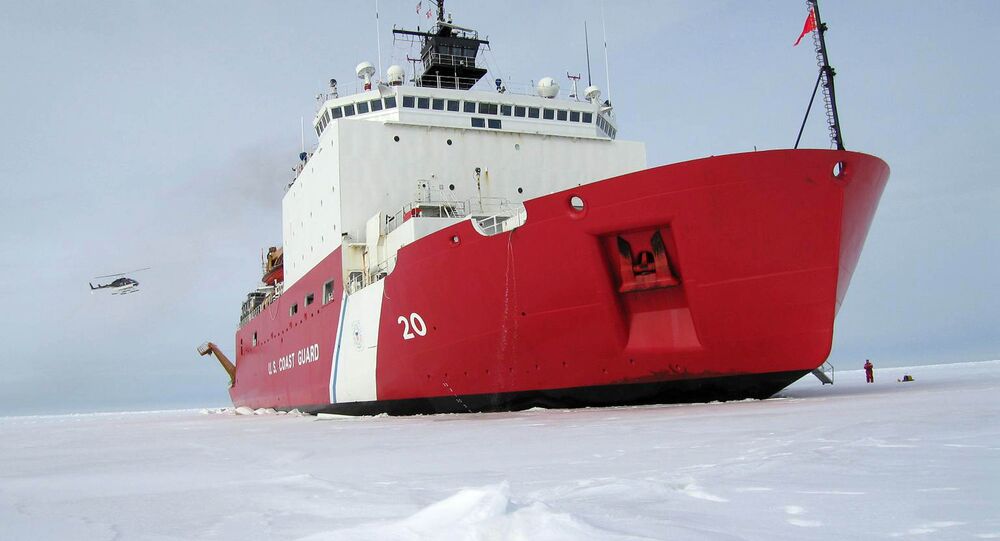 The US needs to expand its operations in the Arctic to counter Russia’s presence there, the head of the US Coast Guard said on Monday. That could include “freedom of navigation operations” (FONOPS) like the US uses to challenge maritime claims of other nations of which it does not approve.

“Presence equals influence in the Arctic. And right now ... we're woefully lacking as a nation in terms of our capacity,” US Coast Guard Commandant Adm. Karl Schultz told the conservative think tank the Brookings Institution in Washington, DC.

The region is home to considerable natural resources, including an estimated $1 trillion worth of minerals, one-third of the world’s liquefied natural gas (LNG), and rich fishing grounds - much of which has remained untapped due to the harsh climate, permafrost and sea ice. It also holds great travel potential as an alternative to the Suez Canal or Cape of Good Hope. As climate change increases the region’s average temperatures and sends the ice into retreat, global powers are looking to the Arctic as the next place to make their claims - or head off the claims of others.

"What we're concerned about is how [Russia] conducts in this space - the same concerns we have about rules-based international order and adherence, modern maritime governance,” Schultz told the think tank, which exerts major influence on US policy-making. “The Coast Guard brings a lot of 'street cred;' we're recognized across the globe as adhering to and modeling those behaviors.”

“The Arctic could be one of those potential places for future Freedom of Navigation Operations if they’re not a responsible actor up there,” he added.

Courtesy of the US National Oceanic and Atmospheric Administration
The age of sea ice in the Arctic at winter maximum in 2000 (left, week of March 18) and 2020 (right, week of March 21). Age is a stand-in for ice thickness and durability; young ice is thinner and more likely to melt in the summer. NOAA Climate.gov map, based on data from the National Snow and Ice Data Center.

The US has used FONOPS in recent years to challenge what it says are excessive maritime claims, primarily by nations singled out by the Pentagon as US adversaries like Russia, China, Vietnam, and Venezuela. In the Black Sea, Peter the Great Gulf, and South China Sea, FONOPS have led to dramatic confrontations with nations who claim the waterway as their territorial waters.

The most recent, last week in the Black Sea, saw Russian ships and aircraft fire warning shots at the British destroyer HMS Defender as it flouted Russian sovereignty over the Crimean peninsula, which voted to rejoin Russia in 2014.

Ironically, the document the US claims to be enforcing - the 1982 United Nations Convention on the Law of the Sea - is an agreement the US has never ratified due to objecting to certain provisions of the document.

In January, the US Navy released its “strategic blueprint for the Arctic,” which laid the foundations for how the US will “continue to provide the right levels and types of presence on, under, and above Arctic water, ensuring America is prepared to compete effectively and efficiently to maintain favorable balances of power. This includes strengthening cooperative partnerships to ensure coordination with key allies and partners in the region.”

This came several months after the Center for Strategic and International Studies (CSIS), another influential Washington-based foreign policy think tank, blasted the US for having “no coherence” in its Arctic strategy.

However, Schultz’s comments on Monday don’t seem to suggest the Pentagon has adequately changed its approach since then.

Noting that Russia gets up to one-quarter of its gross domestic product from the region, the Coast Guard chief said Russia has “a hugely large Arctic coastline and they have legitimate access and rights.”

"I don't want to accuse Russia of doing anything definitively, but I think what we have seen in terms of a propensity to aggressively be present ... is something we need a countering, tempering force for," he added.

He noted recent flights by Tu-95 and Tu-142 bombers through the region as an example of Russia’s expanding military presence in the Arctic, and Military.com added in its report on the interview that MiG-31 interceptors have been stationed there, as well.

Neither flying over international waters or basing aircraft on one’s own territory is an inherently provocative act. However, if it were, the US would be equally guilty for having position squadrons of F-22 Raptor and F-35 Joint Strike Fighter stealth aircraft at Alaska’s Eielson and Elmendorf air bases and for parading its own strategic bomber fleet through the region, as four B-52 Stratofortresses did earlier this month, according to the US Air Force.

He also noted that US President Joe Biden’s 2022 budget request adds $170 million to the USCG’s $13 billion budget, which is intended to go toward funding a fourth heavy icebreaker to the fleet. At present, the Coast Guard has just one heavy icebreaker: the aging USCGC Polar Star, which has been working since 1976.

There is No Need for Increase in Non-Arctic States' Military Presence in Arctic, Moscow Says