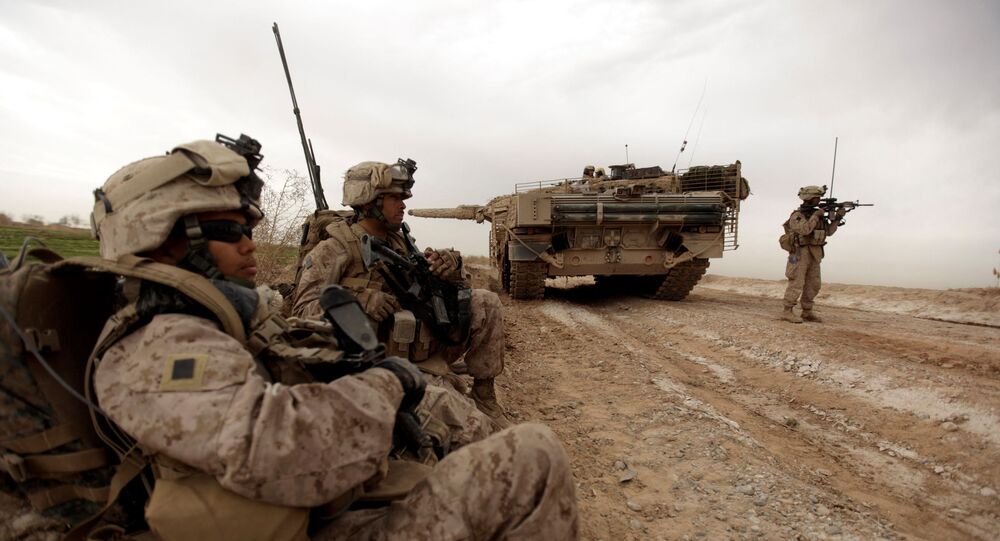 WASHINGTON (Sputnik) – Afghanistan may collapse into civil war after the full US military withdrawal is completed, commanding General Austin Miller said on Tuesday.

“Civil war is certainly a path that can be visualized,” Miller, a four-star general, told a rare press conference in Kabul at US and NATO forces headquarters, the New York Times reported. “That should be a concern for the world.”

Miller was speaking after a recent successful Taliban offensive seized control of some 100 regional centers, primarily in the northwest of the country.

The United States, after 20 years in Afghanistan, cannot impose a military solution but instead is seeking a compromise political settlement, Miller stated.

"It is a political settlement that brings peace to Afghanistan. And it's not just the last 20 years. It's really the last 42 years," Miller said, quoted by the Times.

The newspaper noted that US officials expect the entire withdrawal of their forces will be completed in less than a week, by the July 4 national holiday. Miller steered clear of committing to the date, however, referring only to the September 11 cutoff deadline referred to by US President Joe Biden in April.

CNN also reported, citing a senior administration official, that as many as 1,000 US troops could remain in the country after the formal withdrawal to secure the airport in Kabul and the American embassy in the city.