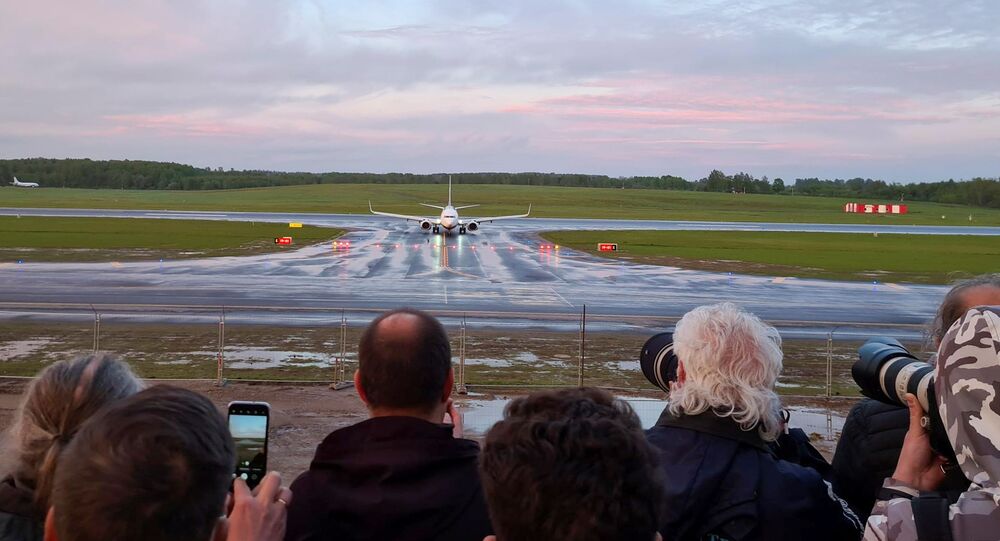 WASHINGTON (Sputnik) - Russia will not be taking part in drawing up the International Civil Aviation Organisation's final report on the Ryanair incident, Russian envoy to the ICAO Sergei Gudkov told Sputnik on Tuesday.

Gudkov added that the agency is not planning to hold any additional meetings on the Ryanair incident before the final report is released in September.

On 23 May, a Ryanair airplane traveling from Greece to Lithuania made an emergency landing in Minsk over a bomb threat, which turned out to have been fake. Two of its passengers, Roman Protasevich, the founder of a Telegram channel that Belarus designates as extremist, and his girlfriend, Russian national Sofia Sapega, were detained during the stopover.

Since the incident, the EU has blocked Belarus airlines from flying to the bloc and stopped carriers from its 27 nations from using Belarusian airspace.