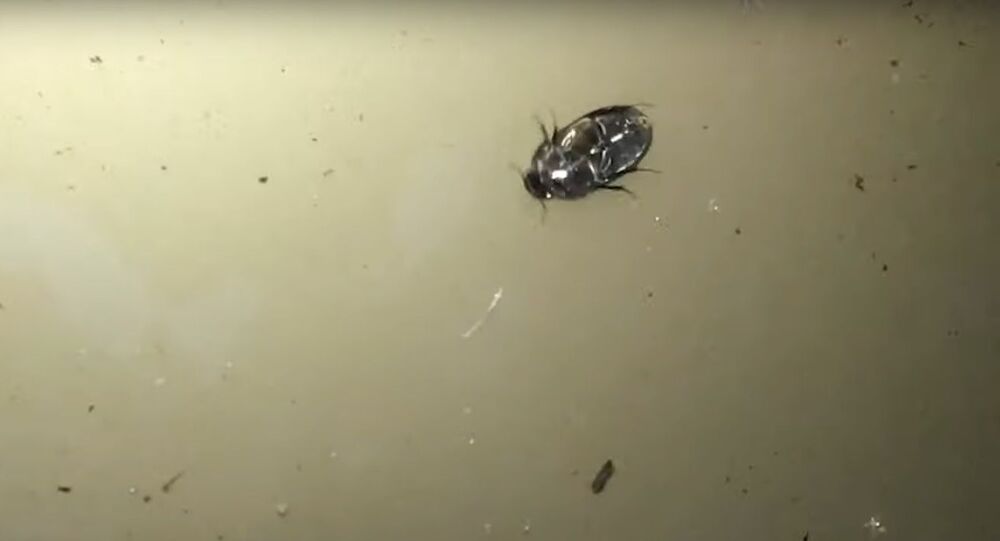 Water-Dwelling Beetles Can Walk Upside Down, Underneath the Surface of Water, Study Reveals

According to scientists, there is a possibility that the beetle might use this water-walking ability to stay far away from predators lurking along the bottom of these pools. However, additional research is required to substantiate this claim.

It's well known that small insects can walk on water because of their size. Insects like Water Striders which belong to the family Gerridae are adapted for life on top of still water, using surface tension to their advantage. Yet, a new study has revealed a startling way of commuting - walking along the underside of the water's surface.

© CC BY 2.0 / Sam valadi / Giza Pyramids & Sphinx - Egypt
England's Well Preserved 'Bog Beetles' Baffle Researchers for Being as Old as Egypt's Pyramids
John Gould, a behavioural biologist at the University of Newcastle in Callaghan, Australia, and Jose Valdez, a wildlife ecologist at the German Centre for Integrative Biodiversity Research Leipzig discovered that water-dwelling beetles can turn upside down and walk along the underside of the water's surface. The pair published their findings in a report that came out on 28 June in Ethology, a behavioural biology journal.

According to them, this is the first detailed documentation of a beetle moving in this manner and it is only known in a few animal groups. When Gould first encountered a beetle walking he filmed the scene and he was surprised to see the beetle was walking under the water's surface just as it would on a flat, solid surface, resting and changing direction.

"I didn't fully grasp what he was describing until he showed me the video. Then I was floored", Valdez said.

Gould and Valdez identified the insect as a minute moss beetle (family Hydraenidae), but Martin Fikáček, an entomologist at the National Sun Yat-sen University, who was not involved in this research, thinks it's a water scavenger beetle (family Hydrophilidae). According to Fikáček, both beetles move this way.

Though it's unclear how the insect physically manages to walk like this, the team has pointed out some reasons in the study.

Gould's recording of the beetle revealed an air bubble trapped along the creature's upturned belly. The team assumes there is a possibility that the bubble's buoyancy may be flipping and pinning the beetle to the underside of the water's surface.