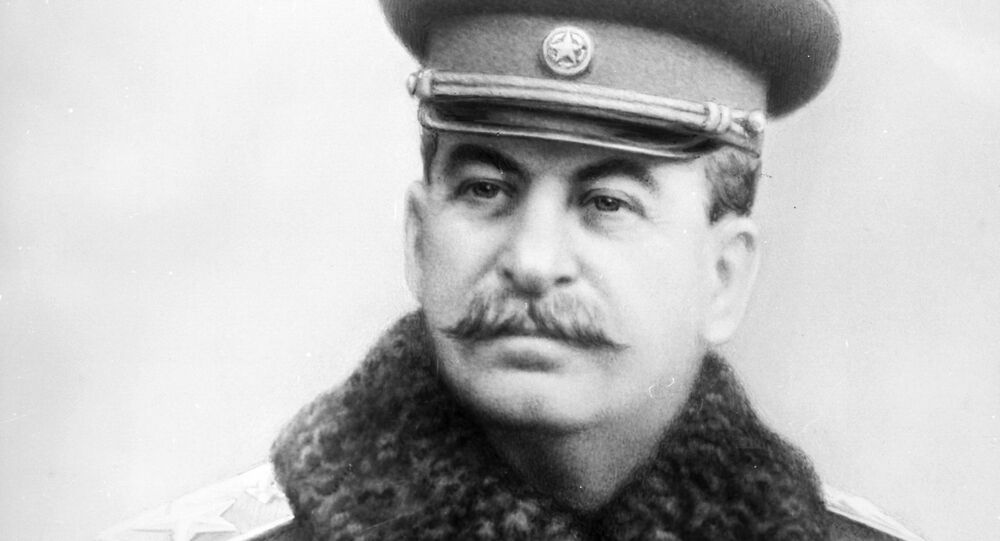 Many in Russia remain divided over Joseph Stalin's legacy, with some praising his huge contribution to defeating Nazi Germany. Others, however, slam the Soviet leader over mass political repressions in the USSR in the 1930s, which claimed the lives of at least several million people.

In a series of tweets on Sunday, Asatar Bair, an economics professor at Riverside City College in Southern California, touched upon the political image of Joseph Stalin, dismissing allegations that he seeks "to idolise" the Soviet leader and noting that he holds "a fair and balanced view" on the matter.

"The man was neither savior nor saint, but he was, at once a very successful revolutionary, a great contributor to Marxist theory, and said to be a great listener and collaborator during discussions", Bair tweeted.

The professor then praised Stalin for recognising the threat posed by "belligerent German fascism", also lauding the Soviet leader's "tactical ability to successfully defeat the world's greatest invading army, combining with the strength to make tough decisions that have no easy answers".

and then there are his successes as a leader. First, the foresight to fear a belligerent German fascism, then the tactical ability to successfully defeat the world's greatest invading army, combined with the strength to make tough decisions that have no easy answers

Bair also called to read "everything" that Stalin wrote in order to "then make up your own mind" on the Soviet politician's legacy.

The pundit wrapped up his raft of tweets with a "certain" conclusion that Stalin was "one of the great leaders of the 20th century […]".

The remarks are echoed by many in Russia, where Stalin is often praised as a person who helped to achieve victory over Nazi Germany in World War II.

© CC BY 4.0 / Ministry of Defence of the Russian Federation / (cropped image)
General Secretary of the Central Committee of the Communist Party of the Soviet Union / CPSU Joseph Stalin on the podium during the first Victory Parade on Red Square on 24 June 1945

On the other hand, critics point to the millions of Soviet people who died in mass political repressions during Stalin-era, something that was mentioned by Russian President Vladimir Putin in his article for the US magazine National Interest last year.

"Stalin and his entourage, indeed, deserve many legitimate accusations. We remember the crimes committed by the regime against its own people and the horror of mass repressions. In other words, there are many things the Soviet leaders can be reproached for, but poor understanding of the nature of external threats is not one of them", Putin emphasised.

In an apparent reference to Stalin, the Russian president added that Soviet leaders "saw how attempts were made to leave the Soviet Union alone to deal with Germany and its allies" ahead of the Second World War.

In an interview with US filmmaker Oliver Stone in 2017, Putin described Stalin as a "complicated figure" and a "product of his epoch". He also said that the "excessive demonisation" of Stalin is used as a means to launch attacks on the now-defunct Soviet Union and Russia.