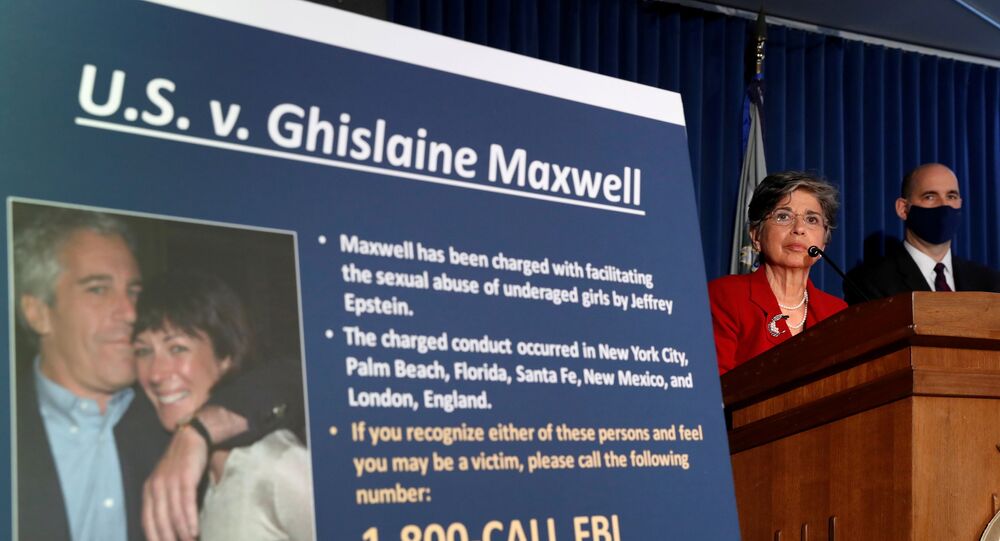 In early May, a US district judge ruled to delay the trial of Ghislaine Maxwell, initially scheduled for 12 July, until the autumn of 2021. Maxwell is accused of assisting the deceased convicted paedophile Jeffrey Epstein in recruiting underage girls for sexual services.

According to the documentary, Epstein began to compile high-profile contacts in his so-called “little black book” from Ghislaine’s own friends and acquaintances from the 1980s onwards.

This flies in the face of the common assumption that Epstein and Maxwell met after the death of her father in 1991. Robert Maxwell, who was found dead in the sea near the Canary Islands, owned Macmillan, one of the world's oldest publishing houses.

The Guardian cited Emma Cooper, the documentary’s executive producer, as saying that researchers “were able to use court documents which are full of redacted names” and that “there is always a reason for that, and it certainly set us looking into things”.

“Interviews with so many [people] allowed our team to do an amazing amount of cross-referencing of testimony, and so we started to suspect that she had known Epstein longer, right back in the late 1980s when he was doing business in London. Eventually we got to the point where we could assert this fact, although we still don’t know exactly when they met or when their relationship started”, Cooper claimed.

She said “many of the people” who knew Maxwell at Oxford University felt like “they could open up”. Cooper added that the filmmakers “know of no prominent partners she [Maxwell] went out with in public until Epstein”.

The executive producer also said that one of the things most sources “did confirm is how hard it was to know Ghislaine”. Cooper insisted that Maxwell “has always been an enigma, even to the people who knew her well, as she puts on a persona for different situations”.

Maxwell was arrested by the FBI in New Hampshire in July 2020 on charges of playing a role in the "sexual exploitation and abuse of multiple minor girls" by Epstein, who in 2008 pleaded guilty to procuring a person under 18 for prostitution and felony solicitation of prostitution. The billionaire financier was later released under a plea deal, only to be charged with sex trafficking in July 2019.

© REUTERS / JANE ROSENBERG
First Photo Taken in a Year Shows Maxwell With 'Black Eye' Amid Claims of 'Humiliation' in Jail
In August of that year, he was found dead in his prison cell in New York City, with officials declaring his death a suicide. The cause of his death remains disputed amid conspiracy theories wondering whether he was murdered to prevent him from testifying against high-profile friends, including Donald Trump, Bill Clinton, and Prince Andrew.

Maxwell, for her part, claims that she "never observed Jeffrey [Epstein] having sex with a minor", pleading not guilty to all the charges against her. If convicted, she faces up to 35 years in prison.