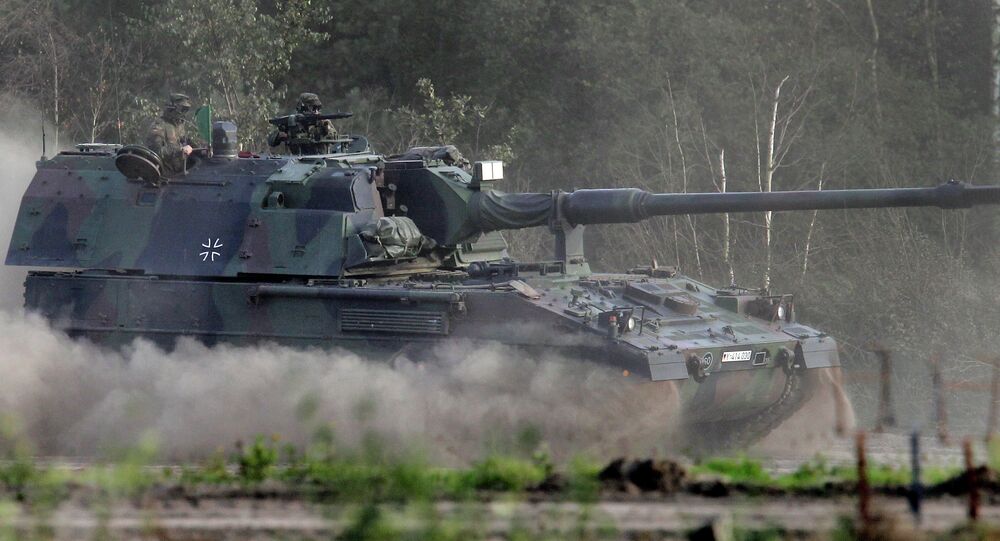 German defence spending has gone up by double digits in recent years, with Berlin committing over $61 billion to its military in 2020. Washington has pressured the country to further ramp up spending to meet a NATO 2 percent of GDP spending guideline. The alliance shelled out over $1 trillion for defence last year –over 21 times Russia’s spending.

Germany should not be seeking to further grow defence spending, but looking for ways to reduce military outlays and engage in talks with Russia, Tino Chrupalla, leader of the Alternative for Germany (AfD) Party, told Sputnik.

“You must look at German defence expenditures as a whole. They are $10 billion less than Russia’s. I don’t see any need for Germany to increase expenditures on armaments. On the contrary, we should not be starting a new arms race, but must be talking about how we can disarm,” the lawmaker said.

Earlier this week, on the anniversary of the start of the war on the eastern front in World War II between the USSR and Nazi Germany, Sevim Dagdelen, a member of the Bundestag from The Left (Die Linke) faction, penned an article in which she warned that NATO’s arms buildup and the deliberate escalation of tensions with Russia was a sign that the German government had “forgotten history.”

© RIA Novosti . Andrei Greshnov
German Troops Burn Secret Documents Amid Afghan Pullout - Video
Dagdelen warned that relations between Germany and Russia have reached a new low, and that ‘not a day goes’ by without demands for new sanctions against Moscow. She added that instead of diplomacy, Berlin is betting on an unprecedented rearmament campaign and “openly taking a course to prepare for a war against Russia.”

In his interview with Sputnik, Chrupalla expressed hope for cooperation, rather than confrontation, between Moscow and Berlin, and urged the German government to clearly articulate its economic interests on the Nord Stream 2 energy pipeline project, instead of letting the United States “dictate” what Berlin must do. The lawmaker suggested that so far, the federal government and responsible regional authorities have defended the project “relatively well.” As for the idea that Ukraine must be compensated for lost transit fees in connection with Nord Stream 2’s construction, Chrupalla suggested that that idea was “mad,” and that Russia should by no means be forced to pay Ukraine.

Despite showing mild resistance to US pressure to ramp up defence spending to hit a NATO ‘2 percent of GDP’ target, Berlin has gradually increased military spending since the 2014 Ukraine crisis, with a spending low of 34.6 billion euros seen in 2013 (1.22 percent of GDP) gradually climbing upwards, by double digits in some years, and reaching 51.4 billion euros ($61.3 billion US, or 1.57 percent of GDP) in 2020. The government submitted a budget of 53 billion euros ($63.8 billion) for the current year. This spring, German Defence Minister Annegret Kramp-Karrenbauer denied that the hike in spending had anything to do with “doing the United States a favour,” and insisted instead that it was related to “the behaviour of Russia” and the West’s “systemic confrontation with China.”

© AFP 2021 / CHRISTIAN CHARISIUS / DPA
German Media Cry Foul as Bundeswehr Ships Turn Out to Be Equipped With Russian Navigation Systems
Despite the hike in spending, both in real and GDP terms, and the lack of any adversary on the European theatre, the Bundeswehr has continually complained about funding problems and broken down equipment, from the grounding of the air force’s Tiger attack helicopters to problems with the Navy’s new warships, the lack of proper footwear, uniforms and armoured vehicles for the ground forces, and insufficient flight time for pilot training.

Russia – NATO’s chief perceived adversary, spent $61.7 billion on defence in 2020, according to Stockholm International Peace Research Institute figures. During the same period, the Western alliance spent over $1.09 trillion on defence.