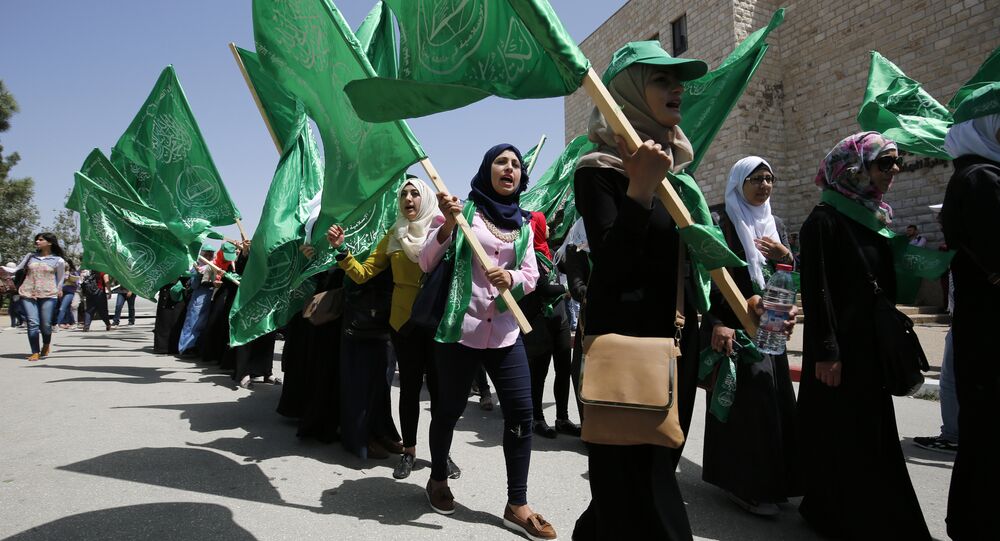 Earlier reports had previously revealed that German officials intended to implement a ban on the Hamas flag, which represents the Palestinian military group, in order to send a “clear message” to Jewish citizens that anti-Semitic attacks would not be tolerated amid a spike in violent incidents.

Lawmakers with the lower house of Germany’s Bundestag passed a piece of legislation on Friday that effectively bans the flag representing the Hamas militant group, a move that came in response to a wave of anti-Semitic attacks in the country during the height of the Gaza conflict in May.

A proposal for the ban was initially put forward by Chancellor Angela Merkel’s Christian Democratic Union, with deputy parliamentary spokesperson Thorsten Frei telling reporters that officials have no interest in having “flags of terrorist organizations [being] waved on German soil.”

Although the Social Democratic Party had initially raised constitutional concerns over the initiative, party lawmakers did eventually move in support of the effort.

Prior to the Friday passage, only symbols of organizations banned in Germany had been barred.

For the duration of 11-day exchanges between Israeli and Hamas troops in May, reports stated that many synagogues were attacked, and that Israeli flags had been burned by protesters outraged over the Israeli state’s heavy-handed strikes against the Gaza Strip.

The legislation must still be cleared by the upper house of the German parliament. It’s unclear when the body will take up the measure.

Germany took up similar efforts in April 2020, when officials indicated they would ban any public symbols in support of Hezbollah.