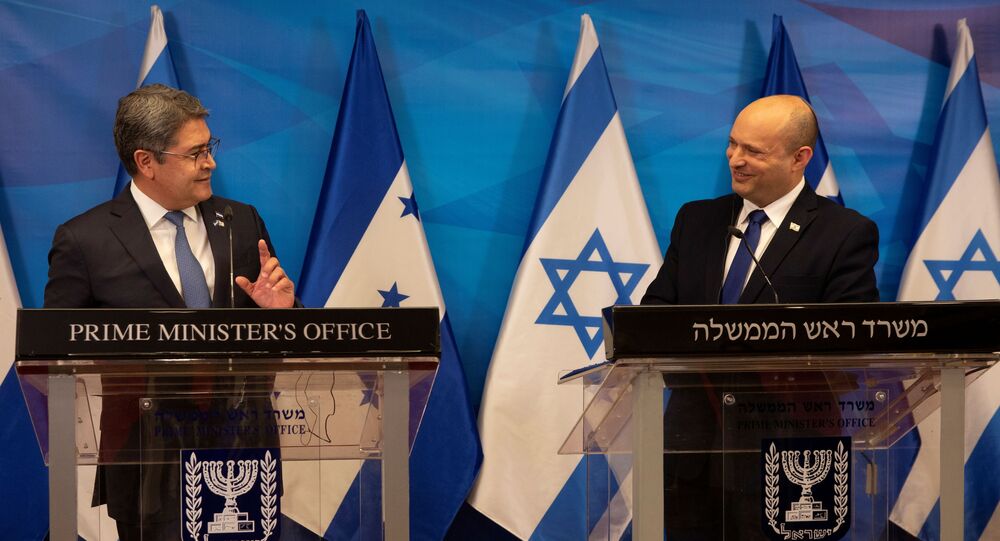 The leaders held a private meeting first, then a working one with Foreign Minister Yair Lapid and Honduran Secretary of State for Foreign Relations and International Cooperation, Lisandro Rosales Banegas, the Honduran minister of the presidency and the head of the Honduran tax authority. After the meeting, the foreign ministers signed a memorandum of intent dealing with projects in agriculture, health, water resource management and sharing information related to fostering innovation.

"Your arrival to dedicate the Honduran Embassy in Jerusalem, the reopening of the Israeli Embassy in Tegucigalpa and the cooperation agreement that we have just signed, are an additional indicator of the abiding friendship and deep link between the Jewish state, the State of Israel, and the people and nation of Honduras, under your leadership," Bennett said in a statement to the media.

In September 2017, the administration of former US President Donald Trump officially recognised Jerusalem as Israel's capital, then relocated the Washington embassy there from Tel Aviv. Guatemala, Kosovo and Honduras followed suit.