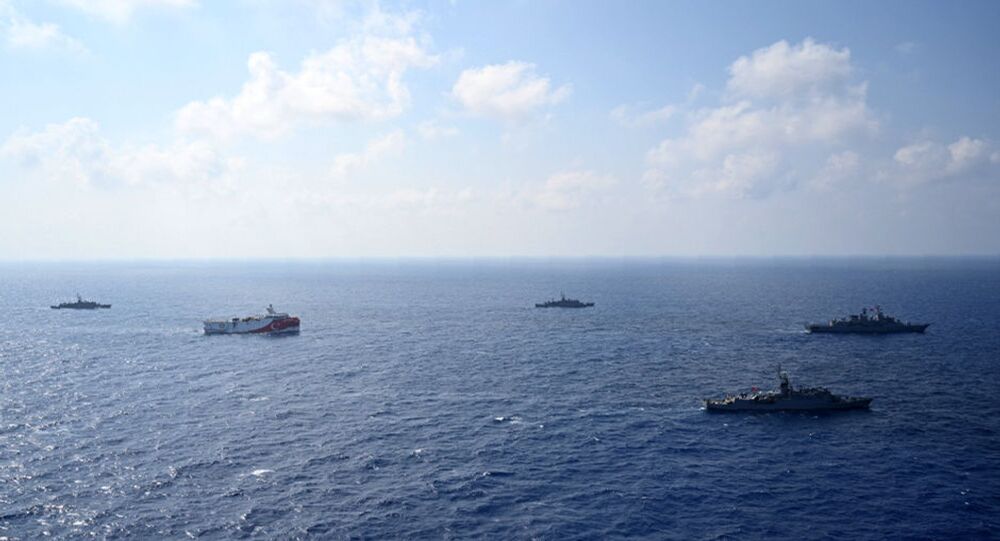 ANKARA (Sputnik) - Turkey has issued a notification via the international automated system Navtex to declare drills in the Aegean Sea in response to a similar move by Greece, a Turkish military source told Sputnik.

Under the Athens memorandum, the sides committed to a moratorium on military drills in the international waters of the Aegean Sea during the tourist season from June 15 to September 15.

Turkey has imposed 3 NAVTEX Areas in the Aegean Sea. pic.twitter.com/DsTbHqpFWJ

Following the memorandum, Ankara did not declare an area in international waters in the Aegean Sea during the period fixed in the moratorium, while Greece declared a training area for this year.

In recent years, Turkish-Greek relations have grown increasingly tense due to competing ambitions and claims on gas reserves in the region. Greece accuses Turkey of violating international rules in the Aegean Sea and the Mediterranean due to its natural gas drilling. Turkey claims that the drilling activities are based on its legitimate rights.

Other issues between Ankara and Athens include Cyprus and illegal migration.

© AP Photo / Uncredited
In this photo provided by the Greek National Defense Ministry, warships take part in a Greek-US military exercise south of the island of Crete, on Monday, Aug. 24, 2020.

This also comes after a meeting between US President Joe Biden and his Turkish counterpart Recep Tayyip Erdogan, where the two underlined the importance of cooperation, while the Turkish president noted that NATO cannot protect its power and sustain itself without Ankara.

Bilateral relations, however, have been complicated by Turkey's firm stance on its purchase of Russian S-400 air defense systems, as well as Turkish activities in Iraq, Syria and Libya.