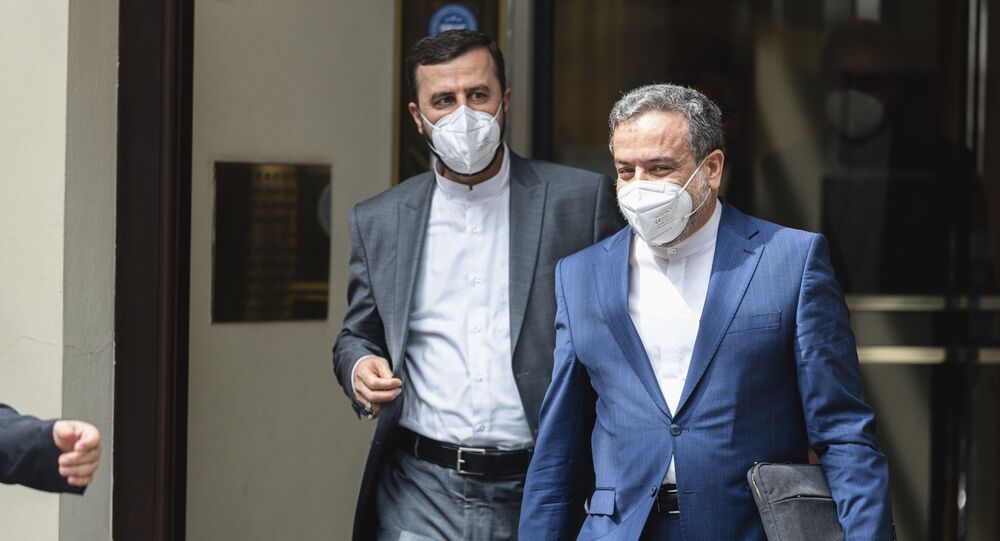 Over 1,000 US Economic Sanctions to Be Lifted From Iran, Rouhani’s Administration Says

MOSCOW (Sputnik) - Iran and other participants of the Joint Comprehensive Plan of Action (JCPOA) have agreed during negotiations in Vienna that over 1,000 US sanctions, imposed on Tehran during Ex-US President Donald Trump, will be lifted, Mahmoud Vaezi, the Iranian president's chief of staff, said on Wednesday.

"The talks have made good progress. The lifting of sanctions on all economic issues has been agreed upon. At the moment, an agreement has been reached on banking, insurance, oil and shipping. All this has already been agreed upon. About 1,040 Trump-era sanctions will be lifted based on the agreement … An agreement was reached to lift the embargo on persons and apparatus belonging to the administration of the supreme leader of the country," Vaezi said at a press conference.

He also noted that the negotiations are currently focusing on sanctions imposed before 2015.

In May 2018, then-US President Donald Trump announced his country's withdrawal from the Joint Comprehensive Plan of Action (JCPOA), also known as the Iran nuclear deal, calling it "decaying and rotten" and saying that he would reimpose economic sanctions that were waived when the deal was signed. Iran responded by condemning the US move and saying that if the deal's goals were not achieved in cooperation with other members of the JCPOA, it would resume uranium enrichment.