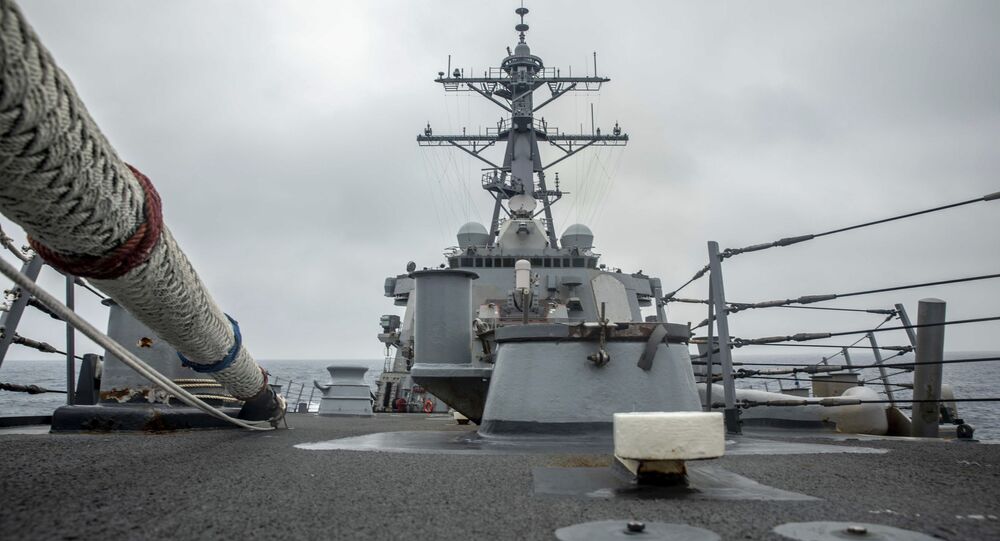 BEIJING (Sputnik) - China has expressed protest in connection with the latest passage of a US Navy destroyer through the Taiwan Strait, Air Force Senior Colonel Zhang Chunhui, the spokesman for the Chinese army's Eastern Theater Command, said on Wednesday.

"[These actions] fully demonstrate that the United States is the largest source of threats, we strongly oppose this," Zhang said in a statement, posted on Chinese social network Weibo, denouncing the move as "deliberately undermining regional security and severely damaging peace and stability" in the strait.

The Eastern Theater Command organized the monitoring and escorting of the US destroyer along its entire route through the strait, the military official added.

Beijing has repeatedly called Taiwan a sensitive issue in its relations with Washington, as China considers the island to be a part of its territory and routinely protests whenever US warships transit the strait.