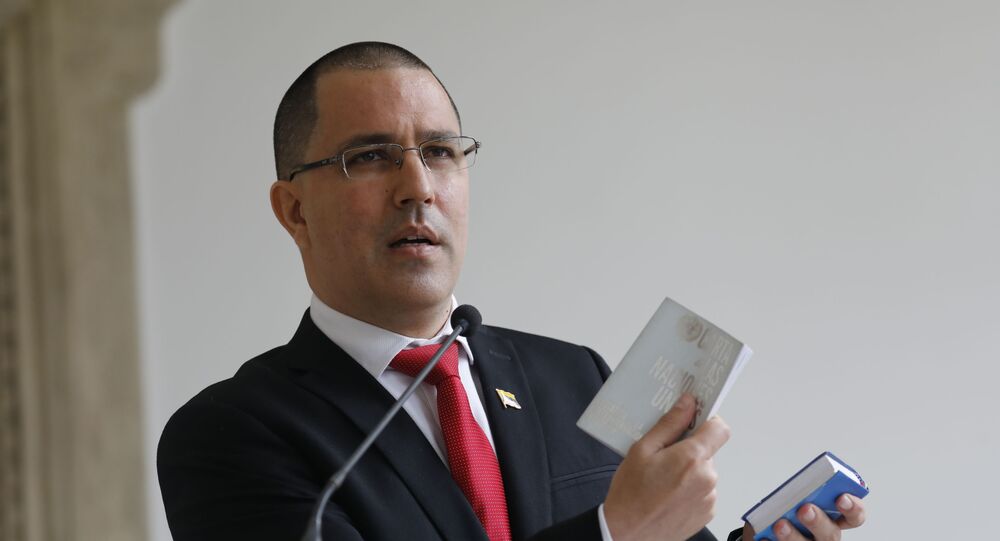 MOSCOW (Sputnik) - Venezuela has brotherly ties with Russia and is willing to continue developing this strategic partnership, Venezuelan Foreign Minister Jorge Arreaza said on Tuesday during a meeting with top Russian diplomat Sergei Lavrov in Moscow.

"Our strategic partnership is a brotherhood. It was confirmed in difficult times… We have more than 260 signed agreements, and 50 agreements are in the process of discussion," Arreaza said.

The Venezuelan minister thanked Russia for its unconditional support in recent years, when Venezuela has been a victim of what he called aggression, attacks, and violations of international law. Arreaza added that he was confident that the talks would help the two countries further boost cooperation in all areas.

"Multilateral coordination, bilateral relationship, we are always on the path of justice together," he concluded.

For his part, Lavrov said that Russia supported Venezuela in the face of the difficulties it was going through, in particular the attempts to intervene in its internal affairs, referring to the US actions.

© Photo : Twitter, Nicolas Maduro
Moscow and Caracas Negotiating Possible Russian Arms Supplies to Venezuela, FM Lavrov Says
"Of course, the main issue on the global agenda today is to ensure that no one questions the right of countries and nations to independently choose their path of development," Lavrov said.

In January 2019, Venezuela was plunged into a political crisis when the former head of the opposition-controlled National Assembly, Juan Guaido, proclaimed himself interim president in a bid to oust re-elected President Nicolas Maduro from power. The United States and most Western countries endorsed Guaido and imposed crippling sanctions on Venezuela. The restrictions specifically targeted the country's oil and financial industries. As a result, a total of $5.5 billion of Venezuelan assets have been frozen in international banks. Russia, China, Turkey, and several other nations have been supporting Maduro.

The Venezuelan minister is in the Russian capital on an official visit from June 21-23.