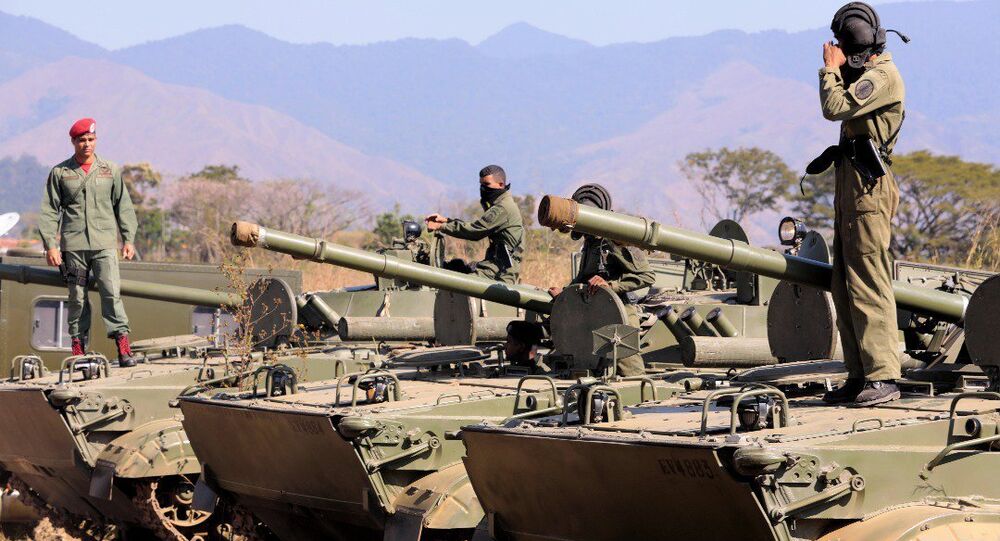 Currently, Russian specialists are present in the Latin American country and are maintaining various types of military equipment that were previously sent to Venezuela by Moscow, the diplomat noted.

Russian Foreign Minister Sergei Lavrov said that his country will continue to help Venezuela in boosting its defence capabilities.

"The Venezuelan military has been supplied with Russian systems of military products, our specialists work there, who, in accordance with the contract, regularly carry out the necessary measures to maintain this equipment", Lavrov said after a meeting with his Venezuelan counterpart, Jorge Arreaza.

"And yes, we are continuing negotiations on the supply of new batches of one or another type of weapon in accordance with the wishes that our Venezuelan friends convey to us based on their assessment of the needs of their armed and security forces", Lavrov added.

The Russian minister also slammed sanctions imposed on Caracas as "illegitimate", noting that Moscow will continue its cooperation with Venezuela for the benefit of both sides.

The two countries signed 12 documents on bilateral cooperation in the financial, energy, and military spheres, as well as in the areas of health care and food earlier this year, with Caracas also receiving several batches of the Sputnik V vaccine from Russia.

The Latin American nation has been suffering from several rounds of sanctions imposed by the US and its allies since 2019, as Washington refused to recognise the election results in Venezuela and supported opposition politician Juan Guaido, who declared himself the country's interim president. Since then, a considerable portion of Venezuela's assets has been frozen, its gold (stored in the UK) is disputed by Guaido, and Venezuelan companies have been targeted by economic restrictions.