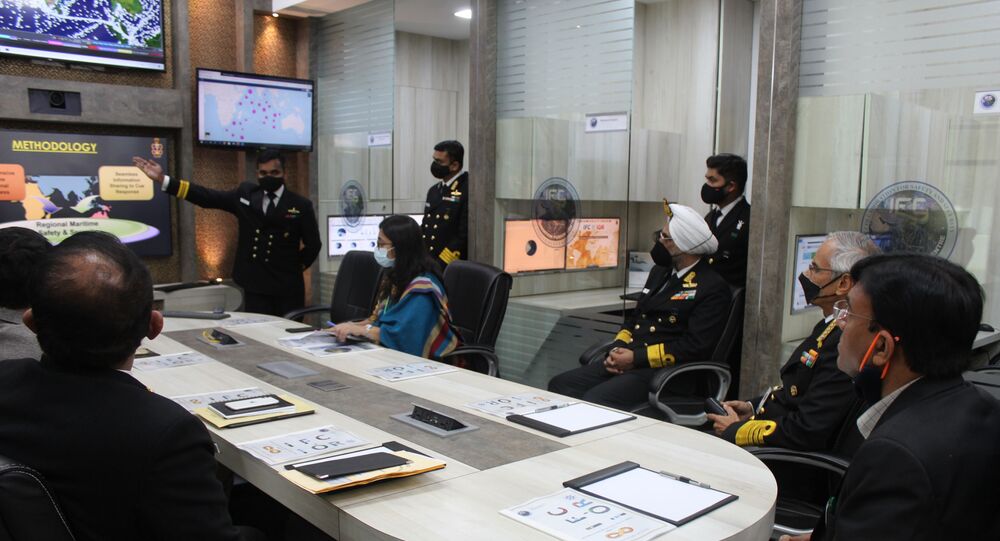 With the Indian Navy detecting an increasing number of Chinese submarines and warships in the Indian Ocean, New Delhi in 2017 revised its strategy about how warships and submarine hunter jets were deployed. The Indian defence ministry also announced a dedicated facility to track movements of maritime vessels in the Indian Ocean Region in 2018.

The United Kingdom on Tuesday posted a liaison officer at a key Indian Navy facility that charts the real-time movement of ships and monitors threats such as maritime terrorism and piracy in regional waters. In so doing, the UK has joined a list of countries such as the US, Australia, France and Japan that already have a presence at the facility.

“The IFC-IOR is an excellent platform to enable closer engagement and ensure greater sharing of information on vessels of interest. The UK and Indian armed forces already enjoy high levels of interoperability, which will be on full display during the upcoming visit of the UK’s Carrier Strike Group, led by one of our largest aircraft carriers – HMS Queen Elizabeth. The appointment of the UK Liaison Officer forms part of our enhanced maritime partnership to bolster security in the Indian Ocean,” Gavin Thompson, Defence Adviser at the British High Commission, said on Tuesday.

Lieutenant-Commander Stephen Smith, who joined the Indian Navy facility, has been a member of the British Armed Forces for more than three decades. He has served in the Navy for more than 20 years, with previous service in the Army and Air Force.

The UK already has a round-the-clock presence in the Western Indian Ocean Region with seven permanent bases in Kenya, Singapore, Brunei, Nepal, Bahrain, Oman, and the British Indian Ocean Territory (BIOT). Seven ships of the Royal Navy are deployed at any one time to provide security in the western region of the Indo-Pacific.

India's Navy has been actively taking measures to remain a dominant force in the Indian Ocean Region since 2017 after China increased its presence along the world's busiest maritime trade route.

Speaking earlier this year, Indian Navy Chief Admiral Karambir Singh said that besides warships and submarines, Chinese research vessels and fishing boats have been spotted in the Indian Ocean, including in the Indian Exclusive Economic Zone. Analysts consider that data obtained by these research vessels help the Navy of the Chinese People’s Liberation Army in undertaking submarine operations in these waters.