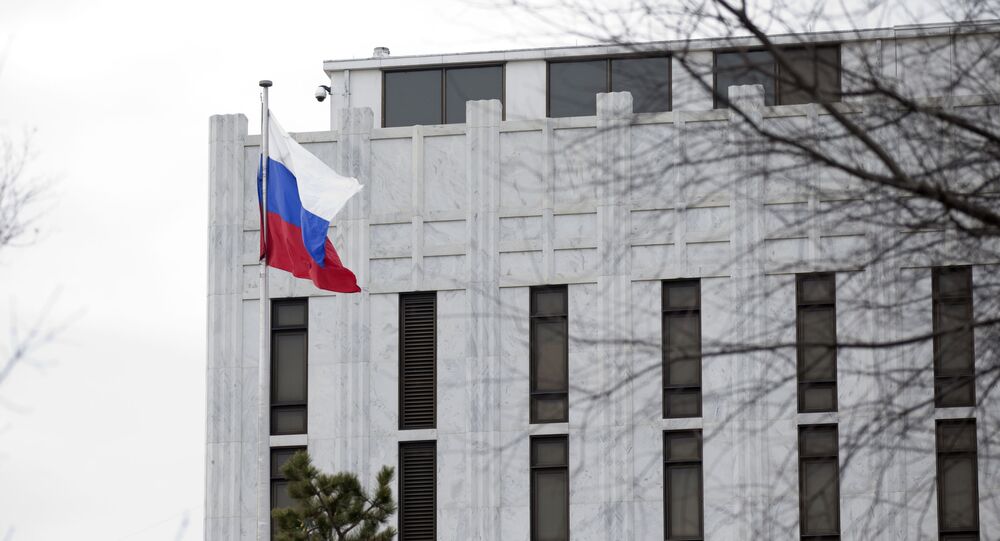 WASHINGTON (Sputnik) - Russian diplomats in the United States led by Ambassador Anatoly Antonov lit candles to commemorate the 80th anniversary of the Nazi invasion of the Soviet Union, the greatest tragedy in the country’s history.

Antonov who has just returned to the US after three-month-long consultations in Moscow paid tribute to millions of fellow countrymen who perished during the Great Patriotic War, acknowledged the contribution of Western allies to the common overall victory, but underscored the decisive role of the Red Army.

“I must say that we do not divide this victory - as a victory of the Soviet people or the one of the whole mankind. We are grateful to our partners, allies who took part in the victory, but it has to be recognized that it was the Soviet people who made a decisive contribution to the defeat of the German Nazi invaders,” Antonov said.

The candle-lighting ceremony in front of the Embassy started at 4.00 am Moscow time - exactly 80 years after Nazi Germany invaded the Soviet Union by attacking Brest, Kiev and other Soviet cities with the largest force in the history of warfare.