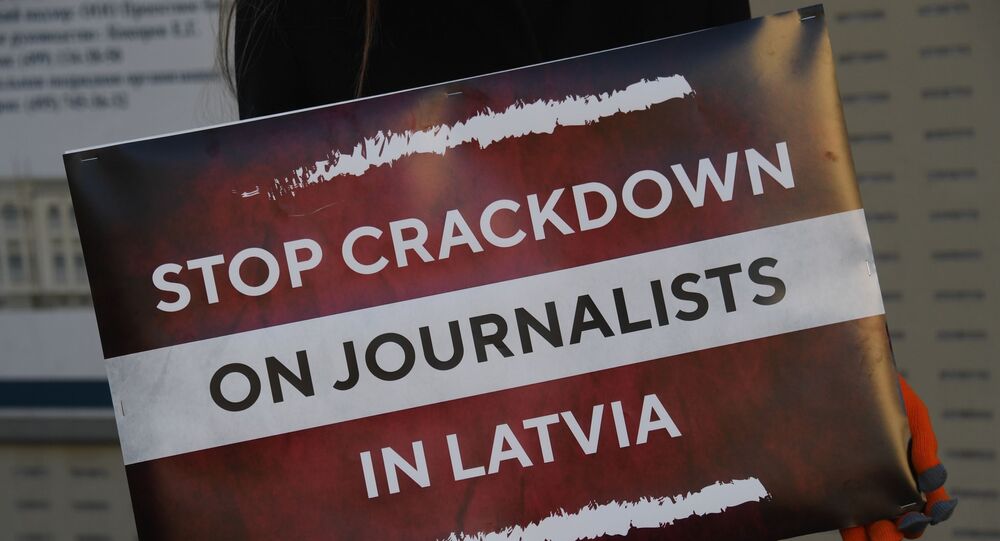 MOSCOW (Sputnik) - The Office of the United Nations High Commissioner for Human Rights (OHCHR) has recommended that the Rossiya Segodnya media group engage "relevant human rights mechanisms" as it seeks to draw attention to a crackdown on its former contributors in Latvia.

Latvian security forces last year threatened charges against several Russian-speaking resident journalists writing for Rossiya Segodnya-affiliated Sputnik and Baltnews, claiming they violated EU sanctions against the media group’s chief, Dmitry Kiselev. The sanctions are individual and cannot be applied to other employees working for the agency.

"While we continue to follow and engage with the concerned State on the issues raised, please note that we have also brought the information received to the attention of relevant UN human rights mechanisms for their consideration and possible action," the commissioner’s office said in a letter.

The letter was sent in response to Rossiya Segodnya’s Executive Director Kirill Vyshinsky’s requests filed in December and March of this year, in which he called for the commissioner’s help to protect freelance journalists from the Latvian crackdown on fridge media.

"You may… wish to contact United Nations human rights mechanisms, including relevant Special Procedures of the Human Rights Council, for more information or any other technical advice you might need in this respect," the commissioner’s office said.

Mahamane Cisse-Gouro, the officer in charge of field operations and technical cooperation division, stressed in the letter that free and pluralistic media played a central role in a democratic society, and that any restrictions to media freedom "must conform to the strict tests of necessity and proportionality."