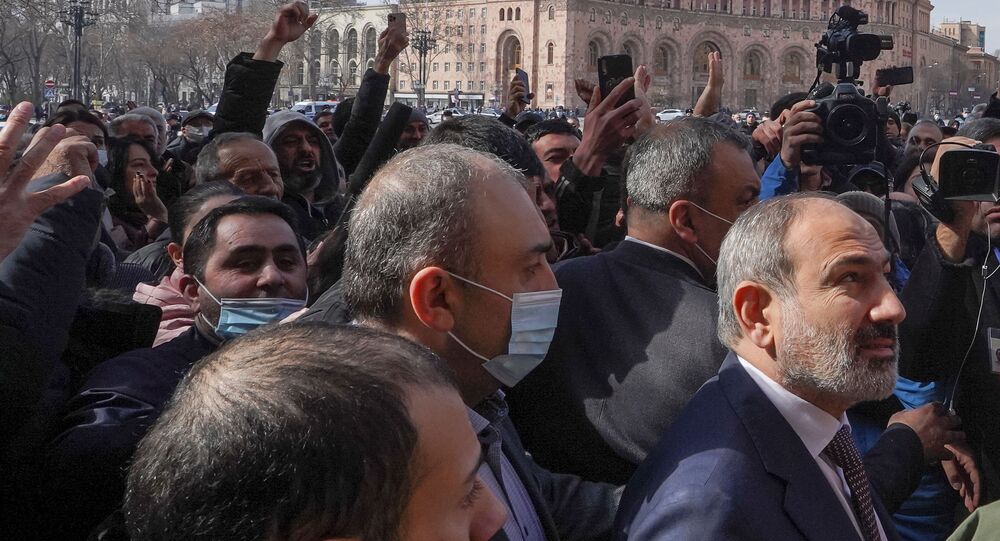 With ballots from all of the polling stations counted, the commission said that Pashinyan's party received 53.92 percent, while ex-Armenian President Robert Kocharyan's Armenia Alliance is second with 21.04 percent.

Former President Serzh Sargsyan's "I Have Honour" alliance is third with 5.23 percent, but this falls short of the required 7-percent threshold. Meanwhile, businessman Gagik Tsarukyan's party Prosperous Armenia has 3.96 percent, which is also not enough to make it into parliament.

Pashinyan has already declared victory in a video address broadcast on Facebook. The Armenia Alliance has questioned the credibility of the preliminary results of the parliamentary election, pointing to numerous reported violations during Sunday's vote. The Armenia Alliance said it was going to thoroughly investigate all the reported violations before accepting the results.

Commenting on the election, Ilhom Nematov, the head of the Commonwealth of Independent States (CIS)' observer mission, said that no violations capable of affecting the vote result were registered.

"According to our estimates, the 49.4 percent turnout amid the pandemic reflects the voters' mood. The elections took place, in the classical sense of the word," Imanaliyev said at a briefing.

The CSTO mission believes that the elections were conducted "in full compliance with the legislation of the Republic of Armenia".