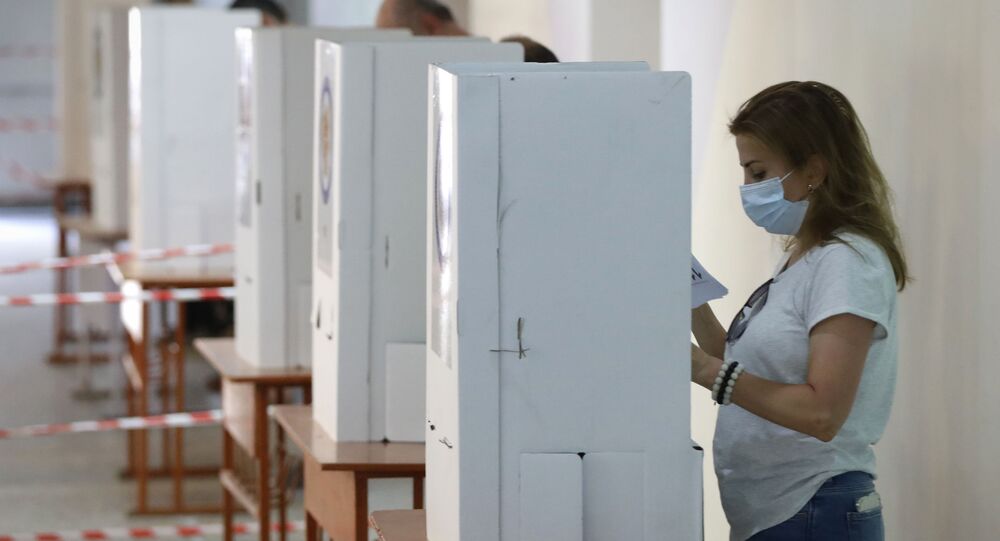 The poll was conducted from 6 to 14 June among 992 Armenian citizens. The margin of error does not exceed 3.2%.

As per the survey results, 32% of respondents said they would vote for the Armenia Alliance. Pashinyan's party, in turn, was supported by 24%.

In the meantime, one of the leaders of Kocharyan's political bloc, Vahe Hakobyan, told reporters that the alliance would win a landslide victory in the elections.

The politician added that there were election irregularities recorded, especially at the military units.

Armenians headed to the polls on Sunday. Over 2,000 polling stations were opened across the country at 4:00 GMT for the citizens to cast their ballots, as the nation is trying to cope with a political crisis triggered by the Nagorno-Karabakh conflict. Twenty-one parties and four blocs are taking part in the elections.