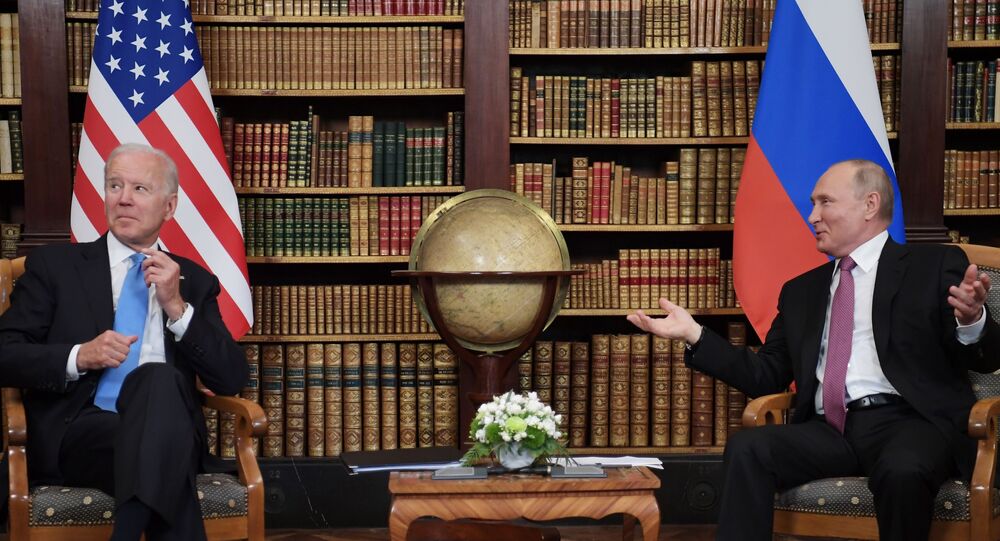 MOSCOW (Sputnik) - Commenting on the assessments of the Russian-US top-level summit, Russian Foreign Minister Sergei Lavrov assured that there will be no one-sided game, noting that the presidents agreed on steps on a mutually acceptable basis.

"I have read reviews of the results of the Geneva talks provided by US officials, including the participants of these negotiations. They claim: ... we said that we need to return the personnel ensuring work of the embassy, ​​we need to get an answer from Russia on charges related to the activities of hackers who attack US infrastructure, and to seek the release of Americans who are serving time in [Russian] prisons. This is not the kind of approach that the presidents talked about ... I would like those making similar comments on the results of the summit to hear us: there will be no one-sided game. [Russian] President [Vladimir] Putin unequivocally supported the proposal by [US] President [Joe] Biden to address issues on a mutually acceptable basis. This is the only way to move forward," Lavrov said at a press conference.

When asked what the next step in normalising relations between Moscow and Washington should be, the minister said that everything was possible.

On Return of Russian and US Ambassadors to Washington and Moscow

Lavrov also commented on the return of Russian and US ambassadors to Washington and Moscow.

"Of course, this is a symbolic gesture. It is important but it is symbolic. However, it has some meaning, as the presence of ambassadors and not their deputies in capitals always enables slightly more active negotiations," the foreign minister said at a press conference.

Russian ambassador Anatoly Antonov and US ambassador John Sullivan travelled to their countries for consultations this spring. At their summit in Geneva, Presidents Vladimir Putin and Joe Biden reached an agreement on the ambassadors' return. According to the Russian Foreign Ministry, Antonov will spend the next working week in Washington already.

The NATO-led Defender Europe 2021 exercises and concerns they spark were discussed at this week's Russian-US summit in Geneva,  Lavrov said.

"This, by the way, was also discussed in the course of our contacts with our American colleagues," Lavrov told reporters following a meeting with Makei.

Earlier in the day, Lavrov and his Belarusian counterpart, Vladimir Makei, talked about the actions of NATO aiming at escalating the situation on the European continent, the Russian foreign minister said. Lavrov noted that the ongoing large-scale exercise Defender Europe 21 could be seen "as a demonstration of the alliance's aggressive intentions."