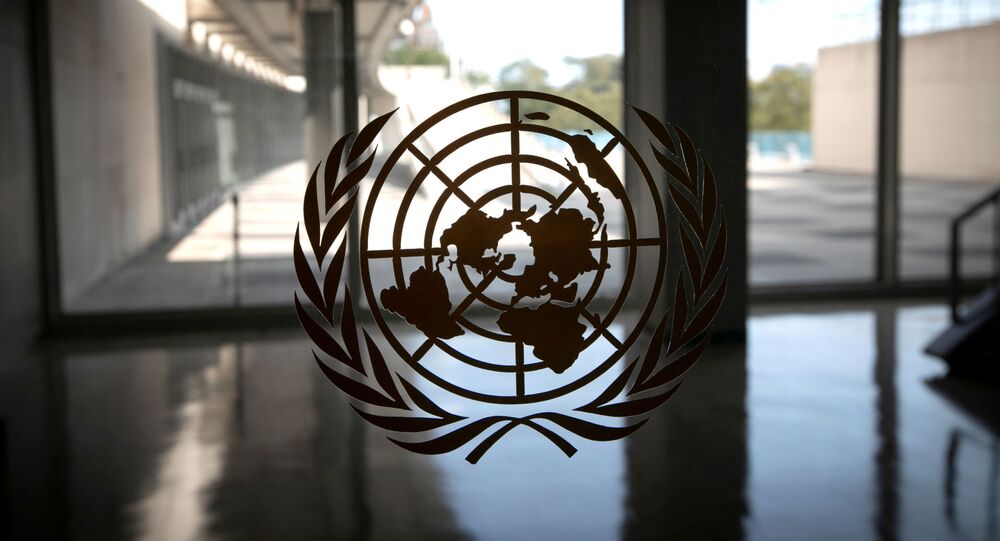 As world leaders attending the recent G-7 meeting in the UK pledged to face up to Beijing’s ostensibly increasing assertiveness, Chinese state media accused the US of "deliberately hyping up the so-called 'China threat'”.

Warning of China's ostensibly increasing strategic grip over United Nations agencies, the US intends to capitalise on its leverage in the UN to counter this “malign” influence, reported South China Morning Post (SCMP).

US ambassador to the UN Linda Thomas-Greenfield is cited as telling the House Foreign Affairs Committee that Washington is hoping to forge an alliance to deal with issues such as the probe into COVID-19 origins and address alleged human rights abuses against Uyghur Muslims in Xinjiang.

"They exert enormous influence in the United Nations, and it's malign ... influence that promotes an authoritarian approach to multilateralism… We need to fight that every step of the way," said the career diplomat who previously oversaw human resources at the State Department.

While stopping short of bringing up the name of former President Donald Trump, Thomas-Greenfield said that years of Washington’s heightened focus on domestic affairs had allowed China to gain influence.

The current administration of Joe Biden, according to the cited official, intended to boost its engagement in global affairs. She added: "We're working to enhance US leadership."

In a reference to the UN Human Rights Council, which the Trump administration pulled the US out of in 2018, the diplomat said:

"We are regularly engaging on the genocide issue of the Uygurs and raising that at the Security Council. I'm also appalled that we have to sit next to some of the world's worst human rights abusers, when we're sitting in the council."

Thank you for inviting me to speak with you today, @HouseForeign. Like @POTUS, I believe the United Nations—and the world—needs U.S. leadership. I'm pleased to work in partnership with Congress to advance our nation’s interests at the UN. https://t.co/nH3rZWtGxV

Thomas-Greenfield said that while Washington urges reforms at the organization, one of the first steps towards countering Beijing’s alleged influence is for the US to pay its UN dues.

Beijing has vehemently denounced Washington’s growing arrears. The UN has been facing a liquidity crisis, with a major part of the shortfall coming from the United States, which owes the body over $1 billion alone for peacekeeping, according to Jordie Hannum, executive director at the Better World Campaign, cited by Devex.

In January, it was claimed that Washington had also failed to deliver more than $630 million in outstanding payments to the United Nations’ core budget. Arrears to the World Health Organization are reported to total $203 million.

The United States vowed to resume funding for WHO, President Joe Biden’s top adviser was cited as saying at the start of the year, after the Donald Trump administration has pulled support for the agency. Trump had claimed the WHO reacted too slowly to the outbreak of COVID-19 in Wuhan, China.

“I took us out of the WHO because they were wrong about everything… Why are we paying USD 500 million a year and China which has 1.4 billion people is paying USD 39 million per year -- they couldn’t explain so I took us out,” Trump said in 2020.

New York Democrat Gregory Meeks, the committee's chairman, was quoted as sharing the sentiments of the US ambassador to the UN.

"During the last four years, the United States shied away from multilateral engagement, ceding America's historic leadership and damaging our standing with the international community," said Meeks, adding that China and other countries that “do not reflect our nation's values” have reached out to secure “leadership posts at a number of inter-governmental organisations."

The US officials were cited as deploring the aggressive manner in which China has purportedly boosted its influence at the UN Department of Economic and Social Affairs, the International Telecommunication Union and the UN Food and Agriculture Organization as well as positions within the UN Secretariat.

The statements targeting China come as NATO leaders have warned that the nation presents "systemic challenges", in a communique at US President Joe Biden's first summit with the alliance.

Biden urged fellow NATO leaders to stand up to China's authoritarianism and growing military might.

In response, the Chinese Embassy in the UK lodged a strong protest 14 June, urging member states to stop interfering in China's internal affairs. The diplomats slammed the G7 nations' focus on Xinjiang as political manipulation, adding that China’s interests must not be violated.

The protest also warned against politicizing any mention of the origins of the coronavirus, stressing that a probe into the issue should be carried out by an international group of scientists.

Biden Welcomes End to 16-Year Airbus-Boeing War, as EU and US Agree to 'Counter' China