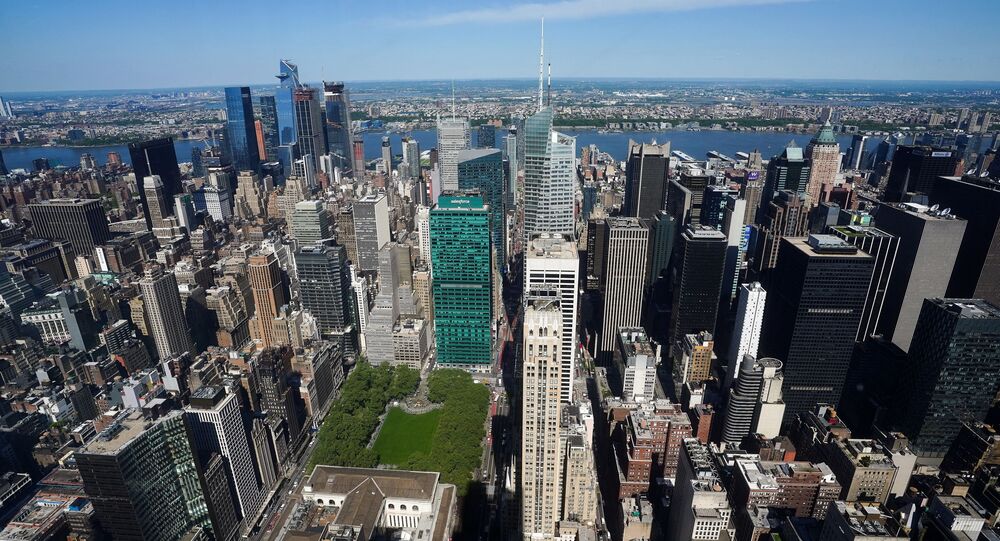 The short-term-stay guru, Airbnb, reportedly spends some $50 million annually in payouts to hosts and guests of rented property over damage caused to homes and legal settlements with clients. The company doesn’t confirm these numbers but says that it treats all its safety incidents “appropriately”.

According to a Bloomberg Businessweek bombshell report that briefly sent Airbnb market shares down on Wednesday, the company secretly paid an Australian woman who said she was raped at knifepoint at an apartment rented through the company a staggering $7 million settlement that kept the alleged victim silent about the incident.

The 29-year-old woman was apparently attacked in the West 37th Street apartment in the early hours of New Year’s Day in 2016, after she and her group of friends had arrived in Manhattan for celebrations. The friends said they were able to retrieve keys for the rented Airbnb apartment from a local convenience store, with no identification needed. After returning to the flat on the New Year’s night alone, while her friends were still in the bar celebrating, the woman found an armed person in the bathroom, who allegedly raped her at a knifepoint, took her phone and left.

The shocked and scared Australian was able to reach her friends with an IPad, who called a police officer to the scene. The rapist was reportedly arrested an hour later, after returning to the apartment with the knife, the woman’s earring and a set of keys to the flat. It’s still unclear how the man, identified as “mentally unfit career criminal” Junior Lee, got the keys.

After Airbnb learned about the incident, they relocated the woman, who asked to remain unidentified, to a hotel, and also paid for her mother’s flight from Australia. They also apparently provided the woman with funds to cover “any health or counselling costs,” the report states. The company’s name wasn’t mentioned during a court trial on the issue. Its role in the incident – the peculiar case of the keys –  was raised by the local media at that time, the Bloomberg says.

‘Threat of a Nightmare in the Pres’

According to the article, “the story remained unreported until now, in no small part because two years after the assault Airbnb wrote the woman a check for $7 million”. This is said to be “one of the biggest payouts the company has ever made,” as the settlement details were apparently “reconstructed” from police and court records.

© Flickr / chilipeppered
Airbnb Stops Renting in UK Amid COVID-19, But Still Offering Places For 'Frontline' Staff
After the woman signed the settlement agreement, she was reportedly prevented from taking about the deal and couldn't “imply responsibility or liability” on the part of the company or the host of the ill-fated apartment. The alleged victim refused to comment on the Bloomberg’s revelations but her lawyer didn’t dismiss the report.

Airbnb spokesman Ben Breit denied the company’s attempts to silence the alleged victim, saying that the vacation giant does not really has the power to keep stories out of the media and insisting that the woman still “is able to discuss whether she holds anyone responsible,” despite the wording of the settlement.

Breit added that Airbnb’s goal at that time was to support the victim of a “horrific attack” and that the company’s image, as well as its fight with local authorities over permission to rent private homes for a short stay, had nothing to do with its actions.

However, the report notes that the response was completely different when it came to a shooting attack at a four-bedroom Airbnb house in California during a 2019 Halloween celebration that left five people dead. Both the house and the guest had a suspicious reputation with Airbnb according to the report, but the company still went on with the listing. Airbnb officials responded to the tragedy with a set of new safety measures and public condolences, as well as an offer to pay for the funeral, but the relatives of the victims have remained unsatisfied.

According to Jesse Danoff, the lawyer of the mother of 23-year-old victim Raymond Hill, who died in the shootout, the company didn’t care about the incident after the man’s funeral “because the news cycle has moved on”.

“The only thing that really motivates them is the threat or potential threat of bad PR or a nightmare in the press,” Danoff said.

Airbnb responded to the accusations by saying that they paid the bills for the incident.

In recent years, Airbnb has spent an average of $50 million annually on payouts to property owners and guests, the confidential document cited by Bloomberg reportedly states. Some of this money goes to payouts for damaged property or to settle legal issues, but the company still admits that six-figure settlement sums are “exceptionally rare”.

Airbnb was hit hard during COVID-19 lockdown last year, the estimates shows. Following the Bloomberg report, its shares fell by more than 3% on Wednesday but rebounded quickly.