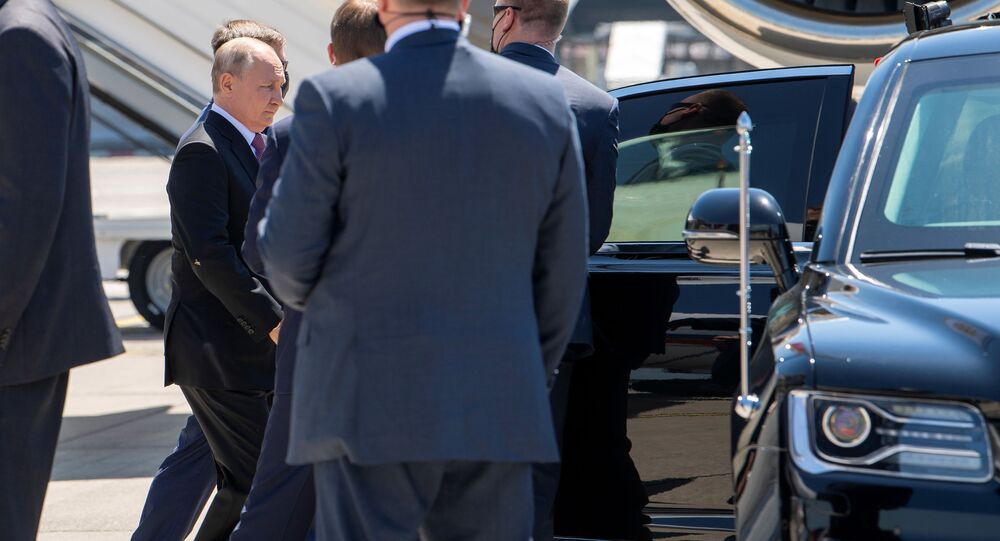 Earlier in the day, Russian President Vladimir Putin arrived in Geneva ahead of his summit with US President Joe Biden.

The summit is taking place at Geneva’s Villa La Grange.

It is the first Russian-US summit since Putin's talks with Joe Biden's predecessor, Republican Donald Trump, in Helsinki in 2018.

The negotiations are to consist of three parts: narrow-format talks and two rounds of extended discussion, with a coffee break. The meeting, which will be held under enhanced coronavirus measures, is expected to last 4-5 hours.

In April, Putin and Biden held a phone conversation to discuss bilateral ties, during which the US president proposed that he and his Russian counterpart hold a personal meeting in a third country in the near future.