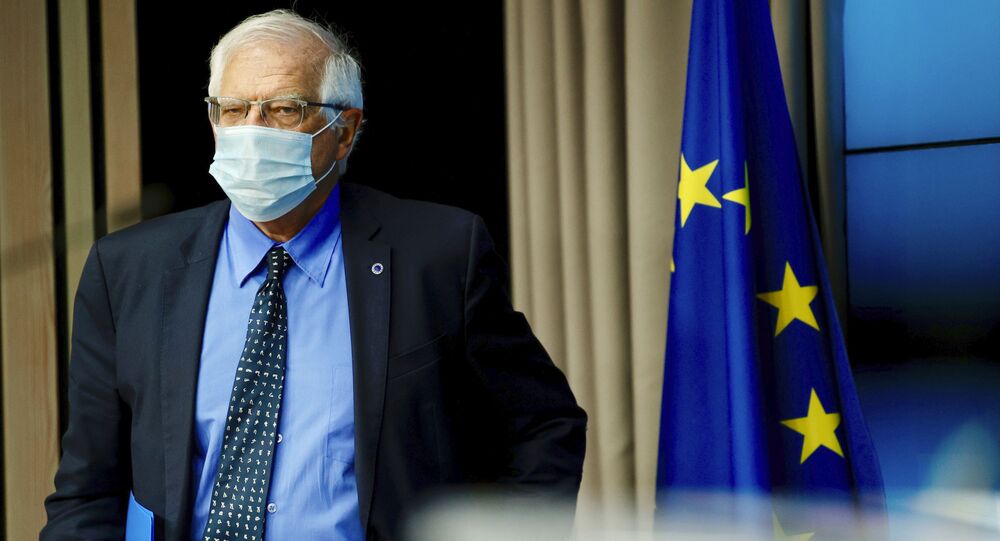 MOSCOW (Sputnik) - The European Union should continue to cooperate with Russia on global issues, including the fight against climate change terrorism, and regional conflicts in the Middle East and other parts of the world, EU foreign policy chief Josep Borrell said on Wednesday.

"On the foreign policy front, we should continue to cooperate on regional issues. There are many of them - the Middle East, Afghanistan, the JCPOA [the Joint Comprehensive Plan of Action], and Libya. And on global issues, counter-terrorism and non-proliferation," Borrell told a press briefing.

"We should engage in a close dialogue with Russia to combat climate change in the run-up to the COP26 [the UN Climate Change Conference] in Glasgow and beyond," he added.

Borrell also spoke in favour of having "positive contacts" with Russia as part of protecting the bloc's interests.

"Obviously, there are people who doubt that we can engage with Russia, who fear that this engagement needs to be conditional. In my opinion, what we need to do is, we need to have positive contacts with Russia because that too is a way of defending our interests," Borrell told a press briefing.

The official went on to outline areas of possible cooperation with Moscow.

"If we want to reinvigorate the Middle East peace process, we need to have Russia involved," Borrell said at a press briefing.

"There are subjects on which it is inevitable to have a relationship with Russia. Can you imagine dealing with the Arctic without having to talk to Russia?" Borrell added.

According to the EU foreign policy chief, the European Union should support the mobility of young Russians by encouraging student exchanges and easing visa restrictions.

"We should promote, as much as we can, the mobility of the young Russians. How? Providing visas ... providing funding, Erasmus, providing opportunities of learning or working. I think that we are not doing enough in this field," Borrell told a press conference.

He further noted that it could be "interesting" to encourage such mobility by being "generous" in issuing visas and providing financing for Russians to travel and study in Europe. This way, according to Borrell, they can learn "what the European Union is about and what is our way of living."