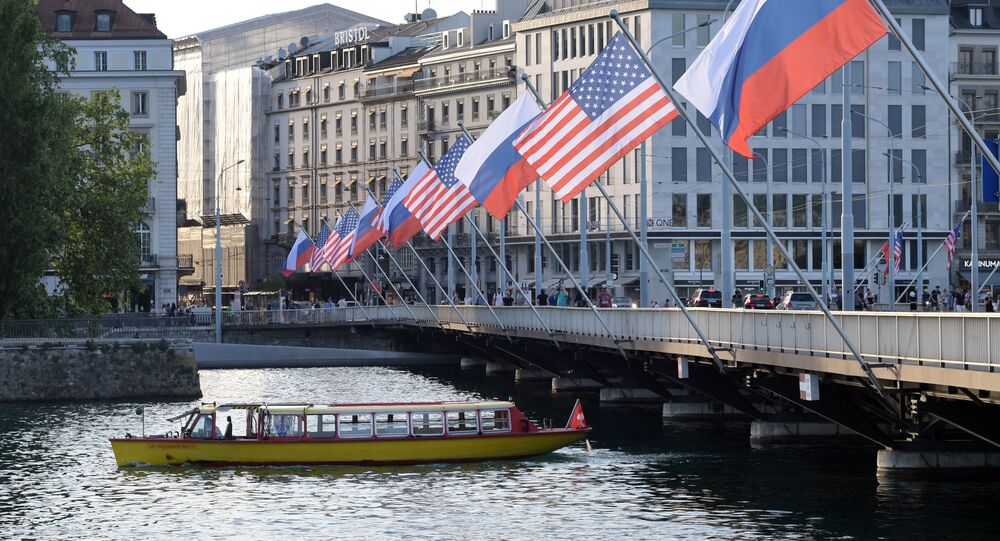 The Russian and US presidents, Vladimir Putin and Joe Biden, are set to meet in Geneva on 16 June. The tête-à-tête is expected to last up to five hours.

Sputnik is live from Geneva, Switzerland, as Russian President Vladimir Putin and his US counterpart Joe Biden are holding talks in Geneva.

Earlier in the day, Putin and Biden arrived at Villa La Grange for the first Russia-US Summit since the latter took office.

Putin, Biden, and Swiss President Guy Parmelin are set to pose for a group photo and friendly handshake at Villa La Grange in Geneva's biggest park.

Biden and Putin will hold much-anticipated talks with relations between the United States and Russia are "at their lowest" in years, in a bid to establish possible cooperation.

The meeting is expected to last four to five hours and the two presidents will then hold separate press conferences.

The pair previously met in 2011, when Biden was serving as vice president in the Barack Obama administration, while Putin was serving as prime minister under then-President Dmitry Medvedev.