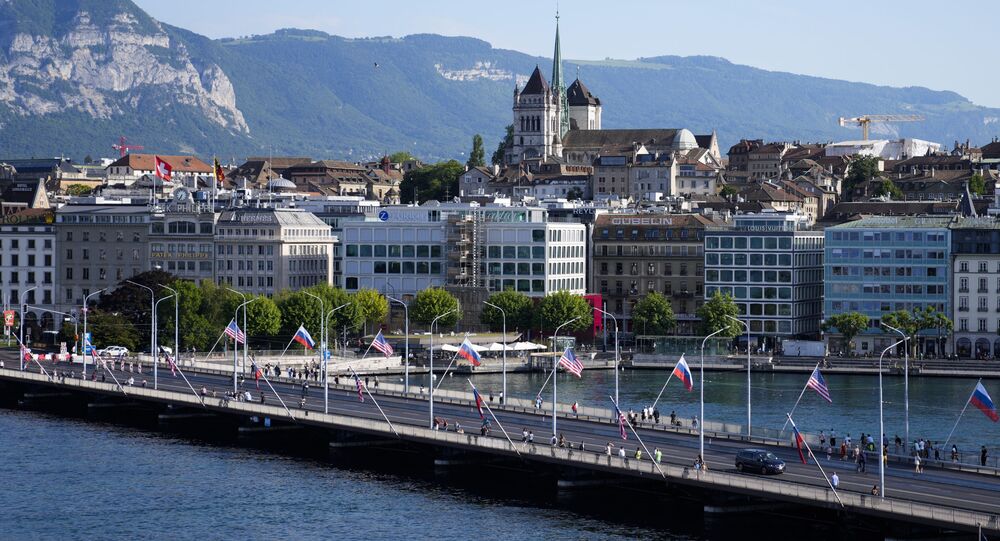 WASHINGTON (Sputnik) - As the world is closely following the upcoming summit between Vladimir Putin and Joe Biden and speculating on its possible outcome, Sputnik has reviewed historic meetings between the leaders of the United States and the Soviet Union/Russia to examine the ups and downs of relations between the two superpowers.

WHO Dwight D. Eisenhower (US) and Nikita Khrushchev (Soviet Union)

It was one of the first bilateral meetings between the leaders of the US and the Soviet Union after the end of World War II and during the ongoing-Cold War. The visit was not a breakthrough in the relations between the counties and no official documents were signed, yet the sides discussed the Berlin issue and nuclear non proliferation. The event received extensive media coverage.

WHO Richard M. Nixon (US) and Leonid Brezhnev (Soviet Union)

US and Soviet leaders held three consequent summits amid the Cold War at the start of the 1970s, which resulted in the signing of important treaties and relaxing of the fixed relations between the two nations. Following the 1972 Moscow summit, the sides sealed the Anti-Ballistic Missile Treaty to limit the ballistic missile systems, a deal which existed for 30 years, and the first Strategic Arms Limitation Treaty (SALT I), the predecessor of the New Strategic Arms Reduction Treaty (START).

A year after the Moscow summit, the sides met again, this time in the US capital. Joined by then-US State Secretary Henry Kissinger and Soviet Chairman of the Council of Ministers Aleksey Kosygin, the sides signed the Agreement on the Prevention of Nuclear War.

In 1974, Nixon was met by cheering crowds at the Moscow airport. Together with Brezhnev, he visited Moscow's Bolshoi Theater and then departed for the Crimean resort city of Yalta. This was Nixon's final summit with Brezhnev as a month later he would announce his resignation. The summit ended with the signing of the Threshold Test Ban Treaty, which banned the tests of nuclear devices with a yield of more than 150 kilotons. Before the treaty, both countries were conducting such tests. However, the agreement was not ratified until 1990 due to a number of reasons.

WHO Gerald Ford (US) and Leonid Brezhnev (Soviet Union)

By the 1970s, the US-Soviet arms race reached colossal scale, and the leaders understood that the agreements to regulate nuclear arsenals should be implemented. The meeting, thus, was focused on arms control, with Ford and Brezhnev agreeing to limit both nations' weapons, including intercontinental ballistic and submarine-launched missiles.

WHO Ronald Reagan (US) and Mikhail Gorbachev (Soviet Union)

The Washington summit – followed by the ones in Geneva and Reykjavik – was probably one of the most significant bilateral meetings between US and Soviet leaders, as the sides signed the historic Intermediate-Range Nuclear Forces (INF) Treaty. The sides agreed to destroy all ground-launched cruise and ballistic missiles that have ranges between 500 and 5,500 kilometers (310 miles and 3,400 miles).

The treaty went into effect on June 1, 1988. Nearly 30 years later, in 2018, Donald Trump announced his intention to leave the deal and formally pulled the US out in 2019. Russia responded reciprocally. The nuclear pact came to an end after Washington accused Moscow of repeat breaches, a claim denied by Russia.

The summit, which happened weeks after the fall of the Berlin Wall, saw the declaration of the end of the Cold War between the two countries. This was the second meeting between Gorbachev and Bush after the one in New York in 1988, with the participation of Bush's predecessor, Reagan. Back then, the media hailed the summit as landmark and compared it to the Yalta conference of 1945, which gathered Soviet leader Joseph Stalin, US President Franklin D. Roosevelt and UK Prime Minister Winston Churchill.

WHO George H. W. Bush (US) and Boris Yeltsin (Russia)

This was one of the first meetings of US and now Russian leaders after the collapse of the Soviet Union. The sides signed the START II treaty banning the use of multiple independently targetable re-entry vehicles (MIRVs) on intercontinental ballistic missiles (ICBMs). However, the deal never entered into effect. Yeltsin later met with Bush's successor, Bill Clinton a number of times in Washington, Munich, Moscow, Vancouver, Helsinki, Paris and other cities.

WHO George W. Bush (US) and Vladimir Putin (Russia)

This was the first meeting between Putin and Bush since the latter assumed his post as the US president. Putin already met Bush's predecessor, Clinton, back in 2000. At the summits in Slovakia and Slovenia, Putin and Bush discussed such items as arms control, strategic stability and events of international significance in Iran, North Korea, the Balkans and Afghanistan.

WHO Barack Obama (US) and Dmitry Medvedev (Russia)

The summit marked the signing of the landmark New START (Strategic Arms Reduction Treaty), which is the only remaining nuclear arms pact between the US and Russia. The deal that is premised on the proposition that each side ultimately reduces their nuclear arsenal to a total of 700 missiles, 800 launchers and 1,550 deployed warheads, has recently been extended until 2026. The accord was under threat of being defunct as the INF, however, the sides eventually decided to extend the treaty. Now it is believed that the sides may have a five-year breathing space to negotiate arms control and other strategic treaties.

WHO Donald Trump (US) and Vladimir Putin (Russia)

The summit was held amid the heightened tensions between Russia and the US in the wake of the 2014 Ukraine crisis, subsequent US sanctions against Moscow and the reports about Russia's alleged meddling in the 2016 US presidential election. At the joint press conference, Trump cast doubt on the US intelligence assessment of the Russian meddling, thus causing an immediate wave of criticism from numerous US politicians and media and accusations of weak positioning in comparison with Putin.

The two leaders also discussed a variety of aspects of bilateral cooperation along with international issues, such as Syria, the US withdrawal from the Iran nuclear deal and North Korea.