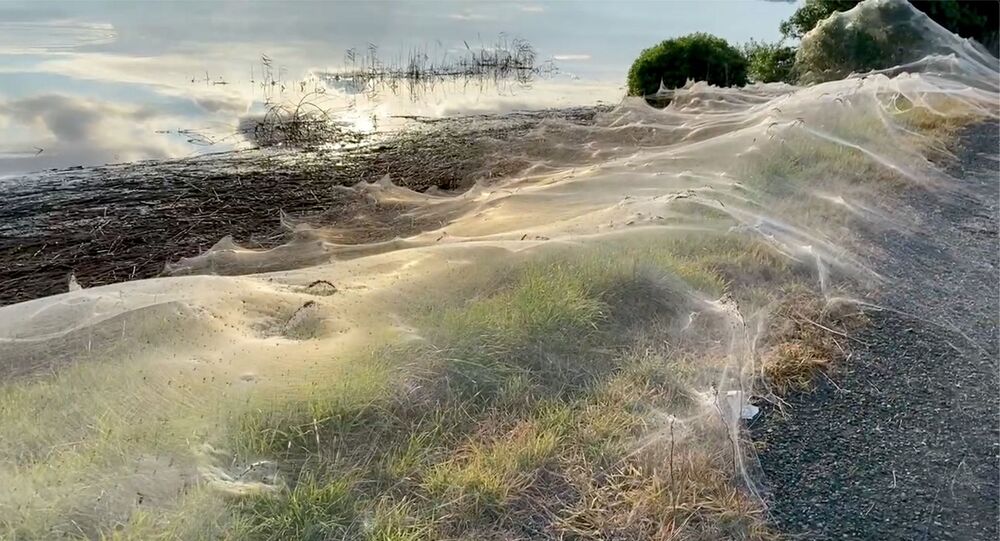 A rare phenomenon of spiders forming cobwebs is happening in several parts of Australia right now. Tens of thousands of spiders have taken over entire regions and the sight is enough to scare anyone.

Several parts of Australia's Victoria are enveloped with blankets of spiderwebs after flash floods destroyed the nests and habitats of many small creatures like Spider.

​As a result, tens of thousands of spiders are now scrambling towards elevated areas to escape the floods. Meanwhile, several parts of the country are also struggling with a 'mice plague' that has ravaged local farms.

Dr. Ken Walker, a senior curator of entomology at the Melbourne Museum told the media that it's a semi-regular occurrence in Victoria during the winter. When a huge number of spiders engage in a process called 'ballooning' all at once, they end up hooking on to each other and can blanket the whole region.

​A spider species called the 'vagrant hunter' is responsible for this phenomenon, which is sometimes called the gossamer effect. This species of spider lives on the ground and does not build a web. They also do not create webs after ballooning away from a flood.

​According to Walker, each spider only threw up a single thread, which means every tiny line of silk represents a different animal. Though it looks eerie, experts said that these spiders can help the flood-hit areas as they eat mosquitoes and insects that cause other diseases.

​The spiders ballooning near Sale include the red and black Ambicodamus species. Though they are not dangerous to humans, they can cause minor local irritation. According to the media reports, the delicate webs are expected to disintegrate later this week.

Australians have taken to social media platforms to share pictures of the rare phenomenon.

let me get this straight: australia is full of deadly snakes and giant spiders, plus mouse infestations are so thick it feels like the ground is moving? it's a no

There’s a spider apocalypse happening in Australia right now. Yes a “SPIDER APOCALYPSE” google it and let me know what you think.

What is wrong with Australia? It is like its wildlife is very aggressive! If it's not snakes that are a menace it is rats. Now we have spiders?!