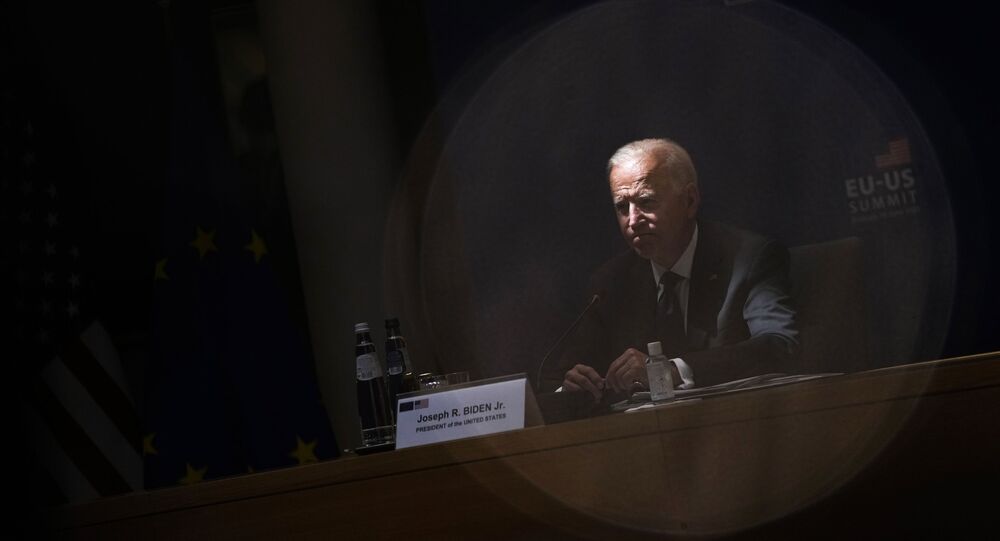 US President Joe Biden and Russian President Vladimir Putin are set to meet on Wednesday in Geneva, Switzerland, a location chosen for its history of political neutrality. While the event will not be the first time the pair will be meeting, it will mark the first time Biden will be doing so as the American commander-in-chief.

Former US Secretary of State Mike Pompeo removed his gloves and gave the public his personal take on decisions recently made by the Biden administration, using the opportunity to outline what Biden must do at the looming Geneva summit in order to appear strong before his Russian counterpart.

In an opinion piece written for Fox News on Tuesday, Pompeo claimed that Biden would be starting off talks with a “self-dealt weak hand that could have been much stronger” had the commander-in-chief chosen to continue many Trump-era policies.

“We in the Trump administration created real leverage against Russia he could have used. Instead, he has chosen to abandon it,” Pompeo wrote. “Even in just a few months in office, Biden has already signaled to Putin that he is timid and unprepared to confront the Russian challenge – a weakness that ex-KGB agent Putin surely senses.”

“Biden has already begun squandering this leverage, in part by telegraphing climate change as his top national security priority,” he added, noting that “encouraging” American troops to believe that the environment is a top priority is both a “ridiculous mindset” and “extremely dangerous.”

“It tells aggressors that our strategic priorities are out of whack, and we are ripe to be taken advantage of. Biden needs to make clear to Putin that our military places Russian aggression in the highest echelon of threats, and he will support our armed forces in deterring it,” he continued.

“Any promises Putin makes of tackling climate change together are hollow. Russia is a major petroleum producing nation that will gain geopolitical leverage worldwide if America cuts back our oil and gas production. A Climate Change First agenda is foolish in more ways than one.”

He went on to explain that Biden needs to “make the case to Putin that cozying up to China will make his country a tributary state to the Chinese Communist Party,” and that “Russia’s better bet” is parting ways from China “in the long run.”

Pompeo further urged Biden to call for the release of Alexei Navalny, persuade Putin to pressure China to join the US-Russia New START treaty, and push for a stop to the soon-to-be completed Nord Stream 2, a controversial pipeline that runs from under the Baltic Sea from Russia to Germany that will be able to transport 55 billion cubic meters of gas per year to Europe.

“For years, Democrats complained that [former US] President [Donald] Trump wasn’t tough on Russia, while ignoring the facts. Now President Biden has a chance to walk the talk,” the former secretary of state remarked.

“If Biden apologizes for America or casts pie-in-the-sky visions for cooperation, Putin will sense weakness, and America’s Russia policy will be in for a long three and a half years.”

Although it's anyone's guess what agreements may be reached during the summit, the agenda for the meeting will touch on COVID-19, cybersecurity, strategic stability and regional disputes, among other talking points, according to Kremlin aide Yuri Ushakov.

Over the last few days, there has been speculation over a potential prisoner swap, with relatives of imprisoned individuals, such as Russian pilot Konstantin Yaroshenko and US Marine Paul Whelan, calling for their release. However, it was recently revealed that Whelan is reportedly not included on a list of eligible prisoners.

In an interview with Fox News, Pompeo remarked that the initiative will help to “get good people” in leadership roles across the US, and ultimately “make this the greatest nation in history.”

However, the recent launch has sparked further speculation that Pompeo is leaning toward adding his name as a potential presidential candidate for the 2024 election cycle, one that many believe will also see the addition of Trump.

Since the start of the Biden administration, Pompeo has managed to stay in the limelight by making multiple public appearances at fundraisers and political events. In fact, he is also expected to participate in the Lincoln Day dinner in Miami, Florida, in the next few days.

Biden Arrives in Geneva Ahead of Summit With Putin