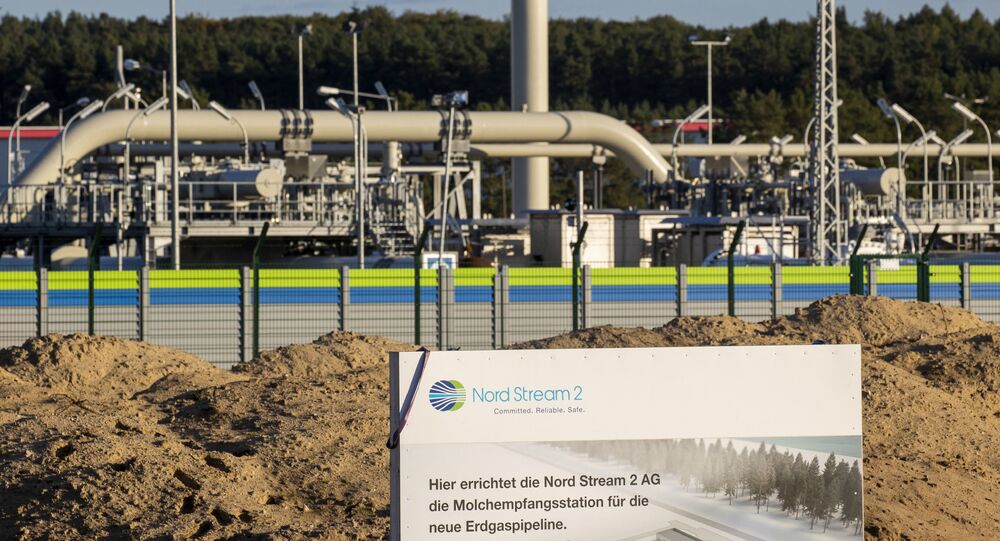 Russian President Vladimir Putin announced in early June that the first leg of Nord Stream 2 had been successfully completed. The project is now nearly 95% ready; it will deliver Russian gas to Germany, bypassing Ukraine.

German Foreign Minister Heiko Maas believes that it is early to dismiss the possibility of new US sanctions against the Nord Stream 2 pipeline, according to his interview to RTL/ntv.

Maas told the network that neither American Democrats nor Republicans have been positive about the project, but the foreign minister was still optimistic that a decision to the ongoing tensions could be found in the coming months over ongoing negotiations with partners on the subject.

Maas also said he was hopeful that the Nord Stream 2 would not remain a source of conflict in US-German relations.

The United States has been actively trying to kill the project, which is set to transport up to 55 billion cubic metres of Russian gas to Germany each year. Washington maintains that Nord Stream would leave Europe too dependent on Russia, and has so far introduced several rounds on sanctions against those vessels and companies engaged in the pipeline's construction.

Most recently, it blacklisted 13 Russian ships and three firms linked to the project but decided to waive sanctions against Nord Stream 2 AG, the Switzerland-registered firm behind the pipeline's construction, and its CEO Matthias Warnig. US Secretary of State Antony Blinken said that it was in the US "national interest" to keep Warnig and Nord Stream 2 AG unaffected by sanctions.

During a press conference on 19 May, Maas said that the US decided to waive sanctions against the company and its CEO was "a constructive step" , adding that Berlin "will continue dialogue with our partners in Washington".

'Low Likelihood' the Project Will Be Stopped

Germany remains committed to the pipeline's completion despite an outcry from Washington, as the US State Department vowed last week to continue taking action against "entities and individuals" involved in the project, despite their low likelihood of stopping the pipeline from being completed.

Last week, Blinken said that Washington would insist on "real steps, concrete actions" while working with Germany in a bid to mitigate the effects from Nord Stream 2. He also vowed to "compensate" Ukraine for possible losses of natural gas transit revenues from the pipeline that will run gas to Germany, bypassing the country.

Russian President Vladimir Putin announced on 4 June during the St. Petersburg International Economic Forum that the first leg of Nord Stream 2 had been completed, maintaining that the project had a purely economic nature.