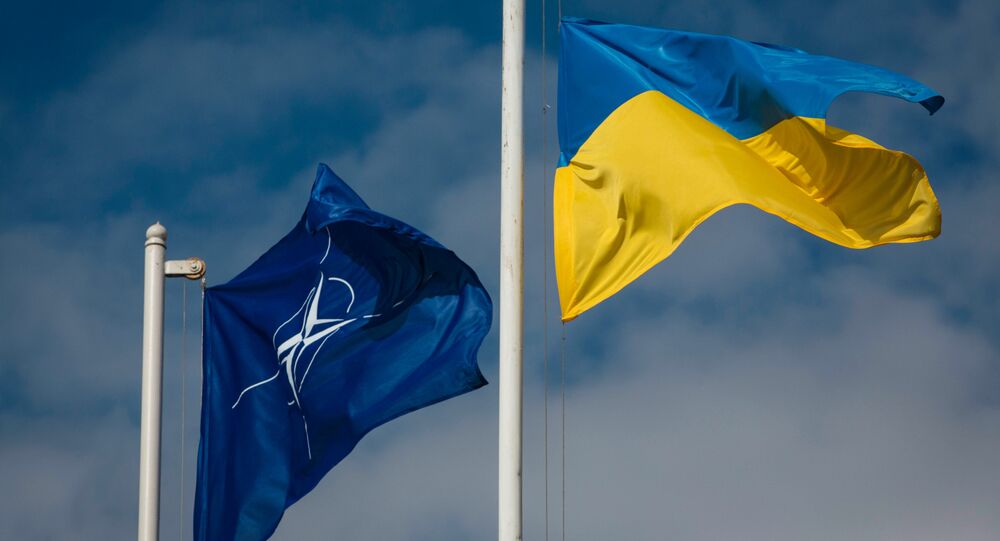 Earlier in the day, the assertion that Ukraine will become a member of the NATO alliance was made in a Brussels Summit Communique, as the leaders of the 30 NATO allies said that they "reiterate" the decision made at the 2008 Bucharest Summit.

US President Joe Biden on Monday stated that Ukraine must clean up corruption and meet other criteria before the country could join NATO.

"The fact is that they still need to clean up corruption, the fact is they need to meet other criteria to get into the action plan", Biden said at a presser after the NATO summit in Brussels. "In the meantime, we will do all we can to put Ukraine in a position to be able to resist Russian aggression... to maintain their physical security."

Biden also noted that the Russian presence in "parts of Ukraine" does not prevent Kiev from joining NATO.

Earlier in the day, Ukrainian President Volodymyr Zelenskyy tweeted to "commend NATO partners' understanding of all the risks and challenges we face", announcing that Ukraine will become a member of the military alliance.

"NATO leaders confirmed that [Ukraine] will become a member of the Alliance & the #MAP is an integral part of the membership process", Zelenskyy tweeted. "[Ukraine] deserves due appreciation of its role in ensuring Euro-Atlantic security."

Commend @NATO partners' understanding of all the risks and challenges we face. NATO leaders confirmed that 🇺🇦 will become a member of the Alliance & the #MAP is an integral part of the membership process. 🇺🇦 deserves due appreciation of its role in ensuring Euro-Atlantic security

​His tweet apparently welcomed a statement made in the Brussels Summit Communique earlier in the day, in which the NATO leaders, among other things, affirmed the decision from the 2008 Bucharest Summit concerning Ukraine's membership in the alliance. They did not provide additional details on the country's accession, however.

"We reiterate the decision made at the 2008 Bucharest Summit that Ukraine will become a member of the Alliance with the Membership Action Plan (MAP) as an integral part of the process; we reaffirm all elements of that decision, as well as subsequent decisions, including that each partner will be judged on its own merits", the communique said.

Kiev announced its desire to join NATO after a 2014 coup, with the Ukrainian parliament scrapping the country's non-aligned status at the time. In wake of the 14 June NATO meeting in Brussels, Ukrainian officials have been expressing hope that the alliance will allow Ukraine to join "as soon as possible", particularly with Zelenskyy reportedly demanding a clear "yes" or "no" from US President Joe Biden on the issue.

The representatives of all 30 NATO allies gathered in the Belgium capital city of Brussels on 14 June to discuss the economic, security and strategic challenges faced by the alliance. The summit was finalized with the allies rolling out NATO 2030 - "a transatlantic agenda for the future", which will be further developed at the forthcoming 2022 meeting of the alliance.

Zelenskyy Demands 'Yes' or 'No' From Biden, Western States on Ukraine's Accession to NATO