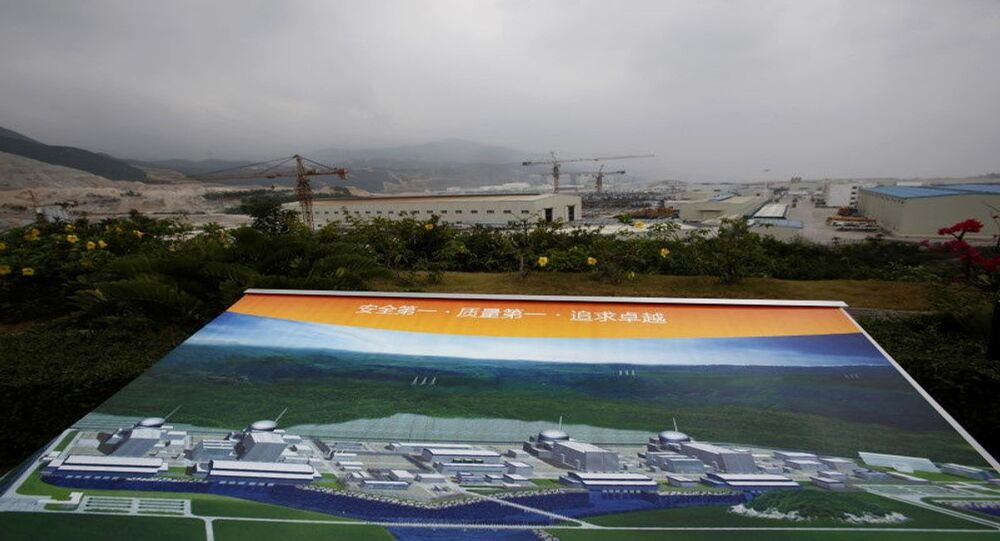 Officials from the nuclear power plant have commented on media reports, assuring that radioactive readings in the region are within normal ranges and that the facility is operating as usual.

The US government has started monitoring the situation surrounding the Chinese nuclear power plant Taishan since the Department of State received a worrying message from its co-operator, French company Framatome, about an "imminent radiological threat", CNN reported, citing a letter obtained and accounts of anonymous officials.

However, CNN's sources claim that at the moment the Biden administration believes the situation at the power plant is not at "crisis level".

Washington is nonetheless continuing to monitor the situation, with the National Security Council reportedly holding several meetings last week on the matter. The White House also reportedly contacted the French and Chinese governments to discuss the alleged issue.

What is Happening at Taishan Nuclear Power Plant

The warning the US reportedly received claimed Chinese safety authorities have raised the acceptable safety limits on the radiation detection devices surrounding the facility in southern Guangdong Province. This was purportedly done in order to prevent Taishan from being shut down, the reported document claimed.

While officials from the power plant did not respond to CNN's request regarding the alleged letter from Framatome, it did issue a statement on 13 June that the environmental readings in the vicinity of the plant were normal. Both Framatome and its owner, the French firm Electricite de France, also did not confirm reports of an "imminent radiological threat", instead indicating that Taishan is operating normally.

"Framatome is supporting resolution of a performance issue with the Taishan Nuclear Power Plant […] According to the data available, the plant is operating within the safety parameters. Our team is working with relevant experts to assess the situation and propose solutions to address any potential issue", Framatome said in a statement.

While it's unusual for a foreign company to address the US government in order to report on the situation at one of its facilities in China, apparently Framatome might have done so out of necessity. According to CNN, the company reached out to the Department of State in order to get a waiver on using American technologies to resolve ongoing issues at the Taishan plant. The US has been severely limiting the use and sale of American technologies to China in recent years – a policy started by President Donald Trump as part of a crackdown on Chinese companies, especially tech giant Huawei. Some companies, however, managed to obtain waivers from Washington for selling certain non-critical technologies to the Asian country.