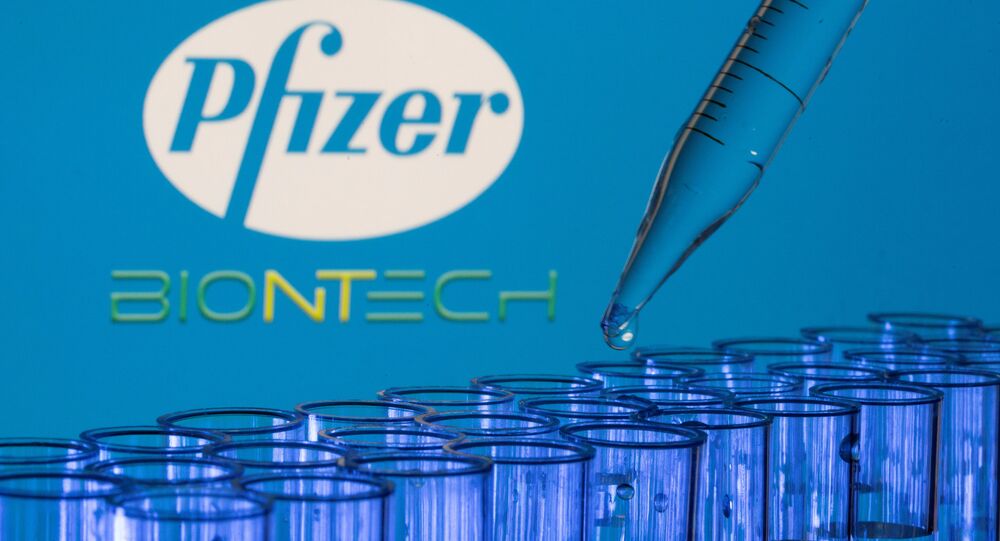 Trinidad and Tobago, a country of more than 1.3 million people, recorded its first COVID infection in March last year. The island country has so far recorded more than 28,000 COVID cases, resulting in 670 deaths, as per official figures. China has emerged as the biggest donor of COVID vaccines to the country to date.

The United States is being massively ridiculed for making a paltry donation of 80 vials of the Pfizer vaccine to Trinidad and Tobago, as part of its ongoing drive to supply jabs to developing countries.

​The donation, publicised through the social media account of the local US Embassy, has been attracting criticism from Internet users from across the world.

A single vial of the Pfizer vaccine carries five to six doses.

Many netizens have been left wondering if the US-exported jabs are meant just for the prime minister and other members of the government. A few others say that the US Embassy could have made a mistake and missed another zero.

A wild guess says it's going to the PM and his ministers!

80 vials.
Out of a container that supposedly holds 195 vials.
To a country with a population of 1.4 million. pic.twitter.com/QQrlIzuUxa

​Meanwhile, many observers have compared the vaccine donations of the US to China, with the latter sending a second tranche of 200,000 doses of the Sinopharm jab to the Caribbean nation, as per Chinese envoy Fang Qiu.

​The first batch of 100,000 Chinese Sinopharm vaccines was handed over to the Trinidad and Tobago government on 19 May, as per the Chinese Embassy in Port-of Spain.

Besides donations from the US and China, the Caribbean nation received 33,600 doses of the AstraZeneca vaccine, which constituted the second consignment, through the COVAX facility on 12 May, as per an official release.

In April, India donated 40,000 doses of the domestically manufactured AstraZeneca jab to the island nation, where around 38 percent of the population has Indian heritage.

US President Joe Biden last month announced that Washington would be donating 80 million doses of American vaccines to other nations. Around 20 of the 80 million doses meant for export were to be those of Pfizer, Moderna, and Johnson and Johnson (J&J), as per the White House.

The Biden administration announced at the time that nearly 60 million doses were to be of the AstraZeneca vaccine, left unused in the US.